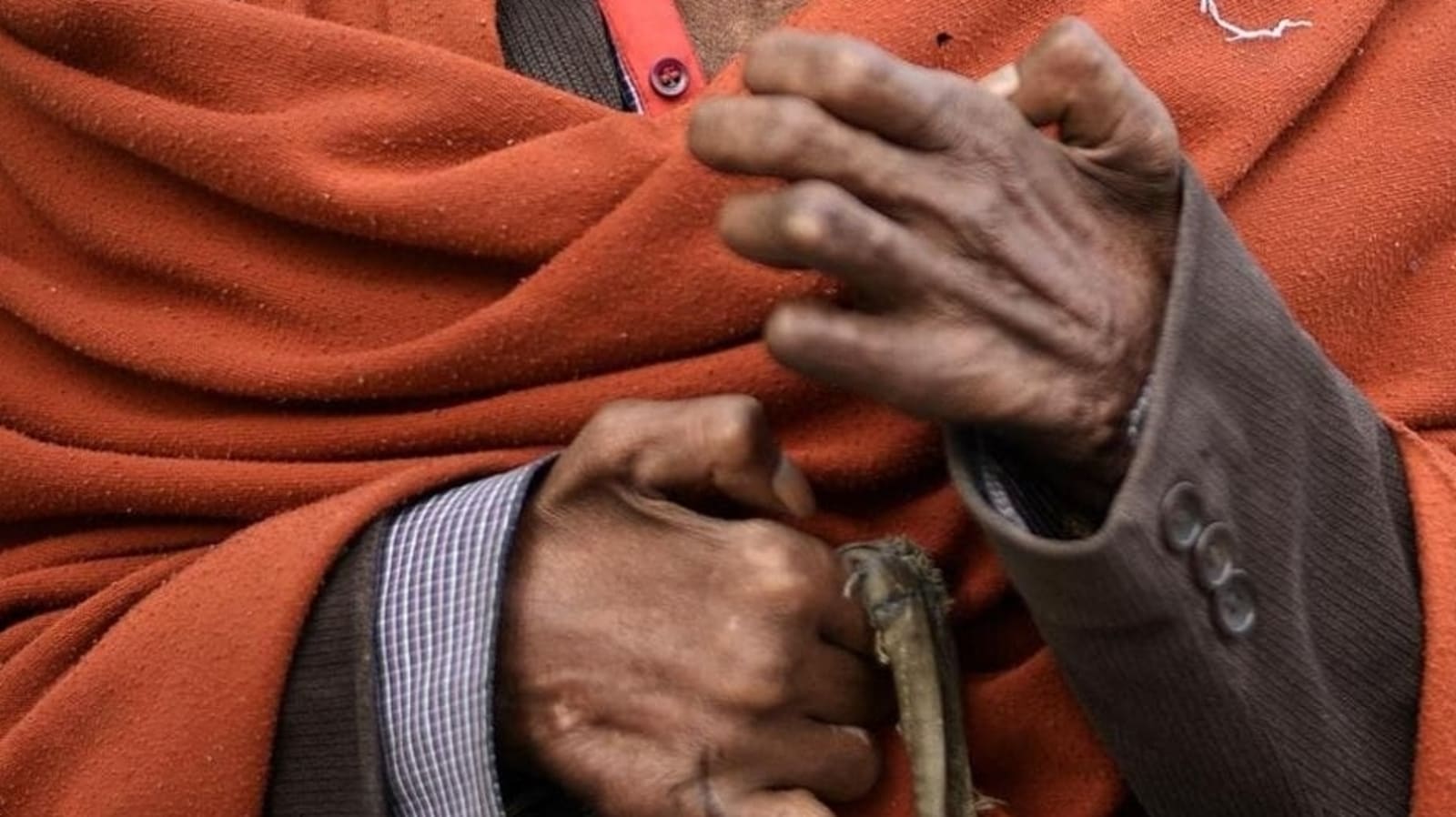 Leprosy or Hansen’s disease is a chronic infectious disease caused by a slow-growing bacterium, Mycobacterium leprae (M. leprae). It is difficult to contract and most people will never develop the disease even if they are exposed to leprosy bacilli. People who live near very advanced leprosy patients for a long time are at risk of contracting the disease.

Leprosy mainly affects the skin and peripheral nerves. Some of the symptoms include patches of discolored skin, growths (nodules) on the skin, thick, stiff, or dry skin, painless ulcers on the soles of the feet, numbness in the affected areas of the skin, muscle weakness or paralysis, eye problems that can lead to blindness

World Leprosy Day is observed in India on January 30 every year on the anniversary of the death of Mahatma Gandhi, while the day is observed annually on the last Sunday across the world. The day aims to celebrate people who have experienced leprosy, raise awareness of the disease and call for an end to the stigma and discrimination associated with leprosy.

READ ALSO : Communicating correct knowledge about leprosy is the key to early detection and treatment

The Don’t Forget Leprosy awareness campaign was launched by Yohei Sasakawa, WHO Goodwill Ambassador for Leprosy Elimination in August 2021, which aims to prevent leprosy from disappearing amid the Covid pandemic and to ensure that the needs of those affected by the disease are not overlooked.

In an email interview with HT Digital, Dr Joydeepa Darlong, Knowledge Management Officer, The Leprosy Mission Trust, talks about leprosy, its symptoms, treatment and the stigma attached to the disease.

What are the causes of leprosy?

Leprosy, often known as Hansen’s disease, is a chronic infectious disease caused by the slow-growing bacterium M. leprae. When a leprosy patient coughs or sneezes, droplets containing the bacteria can be inhaled by another person and thus transmitted. Most cases of leprosy transmission occur due to repeated and prolonged contact with an infected, undiagnosed and untreated person.

Tell us more about the infection that causes the disease.

Leprosy is an age-old disease and was previously considered a highly contagious disease, but we now understand that it spreads slowly and is easily treated once diagnosed early. However, there remains a lot of stigma and prejudice about the disease, especially among people with malformations and those who suffer from it are isolated and discriminated against in many places where the disease is seen. A continued commitment to fighting stigma through awareness, early treatment and improving access to treatment will lead to a world free of this completely treatable disease.

What are the symptoms of leprosy?

Leprosy mainly affects the skin and peripheral nerves. This nerve damage can lead to loss of sensation in the arms and legs and cause muscle weakness. Numbness in the palms and soles can cause accidental injury and burns leading to ulcers and loss of fingers. This can lead to disfigurement in patients. It can also affect the eyes and ultimately lead to blindness.

How is it transmitted from person to person?

Bacteria that cause leprosy are spread through small droplets from the nose and mouth of infected people. It is important to understand that the bacteria is not spread by simple contact with an infected person, such as a handshake, a hug or sitting next to them on a bus or at a table during a meal. It can only be caught if it comes into close and repeated contact with nasal and oral droplets from a person with untreated leprosy.

Leprosy cannot be transmitted to unborn children by pregnant women with the disease. It is also not transmitted through sexual contact.

How to prevent or cure leprosy?

Leprosy mainly affects the skin, eyes, peripheral nerves and upper respiratory tract. The disease is curable with a combination of antibiotics including dapsone with rifampin and clofazimine called combination chemotherapy (PCT).

If leprosy is detected in time, most cases can be cured between 6 and 12 months if PCT is ingested correctly and regularly. Multidrug therapy is offered by Novartis to the World Health Organization (WHO) and is provided free of charge by the government. Over the past 20 years, more than 16 million leprosy patients have been treated with MDT.

How does leprosy affect the nerves?

Leprosy can affect the peripheral nervous system (PNS) by:

• Sensory nerve damage: When sensory nerves are damaged, they cannot register pain, touch, and temperature. This leaves the extremities of the hands and feet vulnerable to burns and injuries that can lead to the loss of fingers, toes, hands and feet.

• Ocular nerve damage: When the eye is affected, it can lead to blindness, especially if the person does not know how to prevent injury from dust or other irritants.

Can you elaborate on its complications if not treated in time?

Complications of leprosy can include:

• Permanent damage to the inside of the nose, which can lead to nosebleeds and a chronic stuffy nose

• Nerve damage can lead to a dangerous loss of feeling. If you have leprosy-related nerve damage, you may not feel pain when you have cuts, burns, or other injuries to your hands, legs, or feet.

If left untreated, leprosy affects the nerves and muscles of the patient’s hands and feet, eventually leading to severe deformities and permanent impairment, which have become stigmatizing symbols associated with the disease.