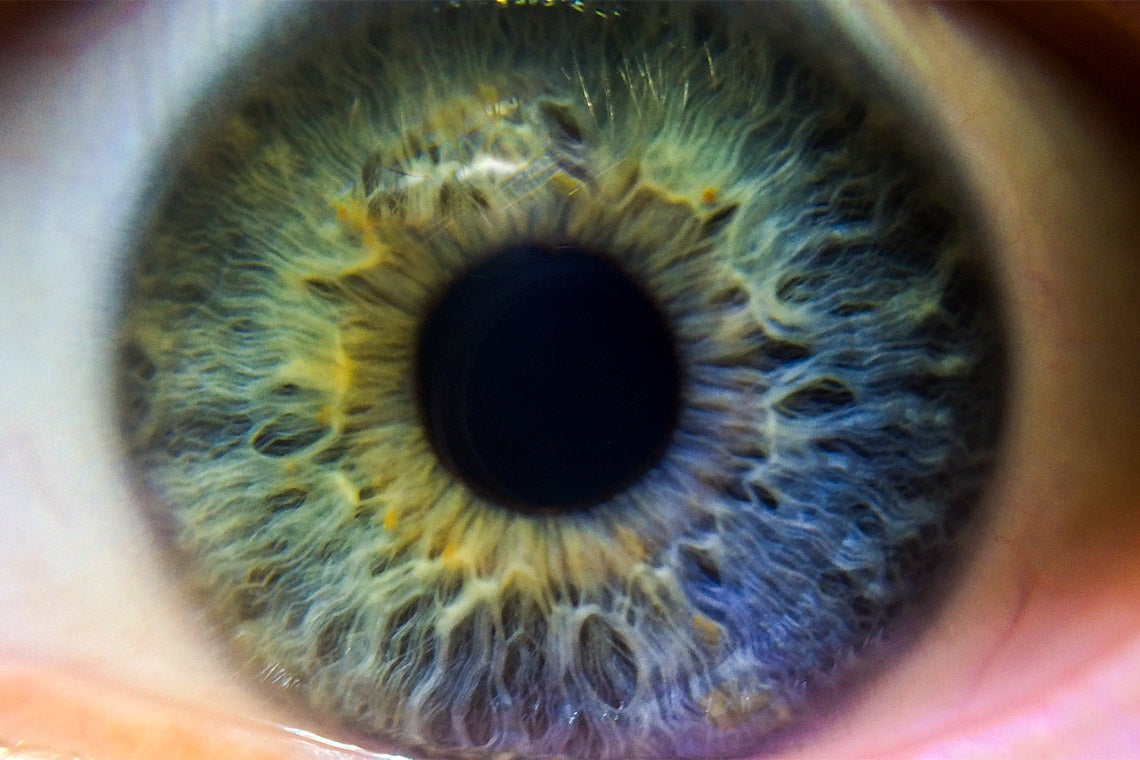 With therapeutic protein delivery strategy, researchers are paving the way for treatments for degenerative eye diseases

A research team from the University of Toronto has created a new platform that delivers several therapeutic proteins to the body, each at its own independently controlled rate. The innovation could help treat degenerative diseases such as age-related macular degeneration (AMD), the leading cause of vision loss in people over 50.

Unlike traditional drugs made of small molecules, therapeutic proteins are synthetic versions of larger biomolecules naturally found in the body. An example is synthetic insulin used to treat diabetes. There are other proteins that can modulate the body’s repair processes in ways that small molecule drugs cannot.

“Proteins have great therapeutic potential, but they are notoriously difficult to deliver,” says Molly Shoichet, university professor in the Department of Chemical Engineering and Applied Chemistry in the Faculty of Applied Science and Engineering, the Institute of Biomedical Engineering, and the Donnelly Center for Cellular and Biomolecular Research, who led the team.

“For more than a decade, our group has been proposing different ways to solve this fundamental problem.”

One challenge is that proteins are less chemically stable than small molecules, making them vulnerable to damage from physical forces or interactions with solvents and other chemicals. Another challenge is getting them to where they are needed.

“You can inject a therapeutic protein into the site of an injury, but the natural biochemical processes in the body tend to flush it out pretty quickly,” explains Carter TealPhD candidate in biomedical engineering and graduate student in Shoichet’s lab.

“To overcome this, you need systems that release proteins slowly in a controlled way – and you can’t necessarily use the same ones as for traditional drug molecules, as they are often too harsh.”

Shoichet and his team specialize in making biocompatible materials called hydrogels, which have a porous, sponge-like structure with gaps large enough to allow therapeutic proteins to move freely. Hydrogels can be infused with these proteins and then implanted into the body, where the proteins slowly diffuse over time.

In this diagram, the orange circle represents a new biocompatible material that can deliver therapeutic proteins in a controlled manner to affected body parts such as the eye. Proteins, represented by green stars, can modulate natural biochemical processes that repair damage (illustration by Carter Teal)

“One of the advantages of hydrogels is that they can be tailored to provide the desired mechanical properties and protein release rates through modification with a variety of chemical groups that cross-link in different ways or interact with therapeutic proteins. that we want to provide”, says Marian Hettiaratchi. , who worked on the project as a post-doctoral researcher in Shoichet’s lab and is now a professor at the University of Oregon’s Phil and Penny Knight Campus for Accelerating Science Impact.

“Proteins can also be easily mixed in hydrogels without disrupting their structure, and a number of hydrogels have been shown to protect proteins from degradation when administered to the body.”

In their latest article, published in Advanced materialsthe team modified their hydrogels with affibody proteins, biomolecules that resemble small antibodies.

“The Affibody proteins were originally derived from a bacterium known as Staphylococcus aureus,” says Teal.

“S. aureus produces a protein – known as protein A – and by splitting and modifying a small part of protein A, customizable binding agents for many different types of biomolecules can be created. These binding agents are called affibody proteins.

The University of Toronto engineering team worked with Professor Ben Hackel from the University of Minnesota’s Twin Cities and his team from the Department of Chemical Engineering and Materials Science, who provided a library of over 100 million variant affibody proteins.

Shoichet’s team then sifted through this library to find affibody proteins that would bind to each of the two therapeutic proteins they wanted to deliver: insulin-like growth factor-1 (IGF-1) and pigment epithelial derived factor (PEDF).

Previous research has shown that IGF-1 and PEDF each have the potential to slow the progression of retinal degenerative diseases like AMD on their own. When used in combination, they can be even more powerful than either alone.

“In our case, we wanted high selectivity, but only moderate affinity, because we want the therapeutic protein to be released slowly over time. It’s a bit like finding treasures in the trash: they are variants that, in another context, would have simply been thrown away.

After narrowing the field to the two affibody proteins with the selectivity and affinity they needed, the team used a technique called “click chemistry” to coat them onto their hydrogels.

“The selection process has many different stages, and it took several months to go from hundreds of millions of potential candidates to the two we ultimately selected,” Teal explains. “It was really exciting to see that in the end we achieved what we set out to do.”

Because the approach is modular, Shoichet says it could easily be adapted for other uses.

“We chose IGF-1 and PEDF because of their synergistic effect in treating macular degeneration, which has long been a focus of our lab, but you can do this for any set of proteins” , she says.

“Now that we’ve shown it’s possible, we hope it will open the door for others.”

The Global Optometry Equipment Market is Expected to Reach

Headbutting and abuse: hospital staff subjected to hundreds of assaults at work