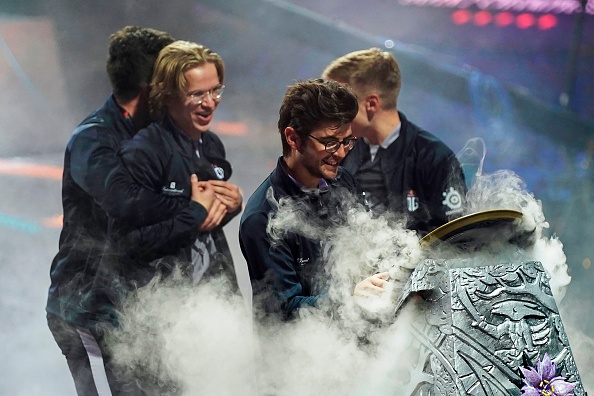 Sebastian “Ceb” Debs, or well known as sole Debs, might not be able to star in the upcoming “Dota 2” The International (TI) 10. However, that would still depend on his recovery.

At the moment, Cebs’ team, OG, is one of the “Dota 2” qualifiers for the next massive esports event. But, the popular team could miss one of their best players after being diagnosed with serious eye disease.

â€œLast week, our beloved Sebastien ‘Ceb’ Debs was diagnosed with an eye condition that could permanently endanger his eye and required immediate surgery,â€ OG announced via his official blog.

After confirming the state of health, the team added that they had brought Ceb back to France because he had to undergo surgery. His relatives then surrounded the professional player “Dota 2” during his operation.

The professional “Dota 2” OG team explained that Sebastian Debs is currently doing his best to speed up his recovery. However, the team added that it is still not clear whether Ceb would be able to compete with them.

Because of this issue, they are now forced to make Michae “Micke” Vu, one of the Team Liquid players, OG’s backup teammate if ever their star cannot recover by the time TI 10 arrives.

At the moment, OG is training with his new player for the next international “Dota 2” tournament. The pro team also thanked Micke for accepting their request, allowing them to keep their high hopes for the most anticipated The International 10.

The official “Dota 2” website has confirmed that the next The International 10 will take place on October 17th.

On the other hand, TI 10 would take place in the biggest stadium in Romania called National arena. For now, organizers have not confirmed the total number of spectators they will allow in the stadium.

Although the venue can accommodate around 55,000 people, The International 10 must limit its audience as the global COVID-19 pandemic continues.

For more updates on Ceb and other related topics on the upcoming â€œDota 2â€ TI 10, always keep your tabs open here at TechTimes.

This article is owned by TechTimes

2021 TECHTIMES.com All rights reserved. Do not reproduce without permission.

Ceb to miss Dota 2’s The International 10 due to emergency eye surgery, miCKe to replace