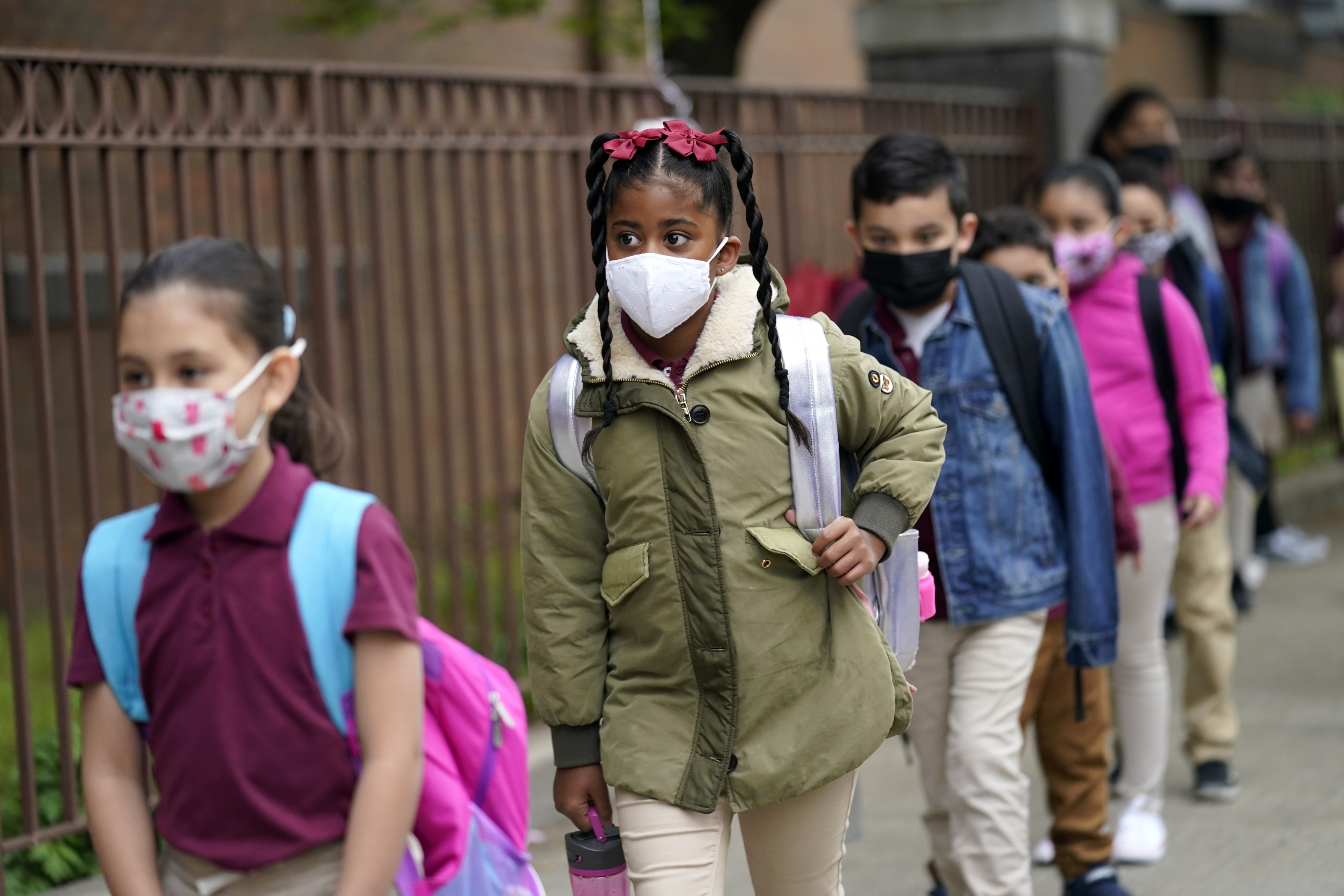 Virginia’s largest school system has asked state officials to participate in a pilot coronavirus testing program that has yet to be announced and which the Centers for Disease Control and Prevention approved on Friday.

Virginia’s largest school system has asked state officials to participate in a pilot coronavirus testing program that has yet to be announced that the Centers for Disease Control and Prevention approved on Friday.

A spokeswoman for Fairfax County Public Schools said the district has applied to participate in the Virginia Department of Health’s pilot test-to-stay program, which is scheduled to begin in January.

Dr Laurie Forlano, deputy director of the Virginia Department of Health’s office of epidemiology, said several school systems have expressed an interest in participating and details of the program are still being finalized.

The CDC officially approved the “test to stay” last week to prevent transmission in schools. As part of the test to stay, students considered close contacts of other students who have tested positive for the coronavirus can continue classes in person if they continue to test negative. The policy aims to prevent excessive quarantine periods for students considered close contact.

Because fully vaccinated people do not need to quarantine after exposure unless they show symptoms, the pilot testing program is expected to benefit unvaccinated students the most, Forlano said.

The testing policy can help keep children in school while also disclosing whether transmission is occurring in classrooms. It will be rolled out at a time after the winter break when health officials expect cases to increase due to holiday gatherings and the spread of the omicron variant.

â€œWe should expect the test to stay to help limit disruption to school for children who are not yet fully immunized,â€ Forlano said. “Instead of having to stay home because there might be case after case, they can stay in school instead of having to be home.”

The state, Forlano said, must ensure it has enough tests and sufficient staff to administer the tests and track the results. The test-to-stay program includes the use of rapid antigenic tests, which produce results in 15 minutes.

Districts across the country that have passed test-to-stay programs started in a few select schools before expanding, Forlano said, so Virginia will likely choose “a handful of schools from some school divisions.” It depends on resources at state and local levels.

Those details, Forlano said, are expected to be finalized before the end of the year. The state hopes to launch the program in early January, after the winter holidays. Immunization rates will play a role in the jurisdictions selected to participate, said Forlano, because “each community is likely to have different immunization coverage rates at different grade levels.”

The CDC gave the Virginia Department of Health a grant for testing in K-12 schools that was used to fund testing programs currently in place, Forlano said. That same grant could likely be used to pay for the pilot program, but not at the expense of other programs, she said.

Studies from the CDC found that coronavirus infections did not increase when test-to-stay programs were used in schools in Los Angeles and Chicago.

The CDC’s official guidelines for schools are that when a person in a school tests positive for COVID-19 infection, those considered to be in close contact should remain out of school, in quarantine in home, for 10 days.

Now the CDC says test-to-stay programs and quarantine approaches are both equally good options for schools.

A similar test-to-stay pilot program was launched at schools in Montgomery County, Md., Last month. Students who are exposed are required to test daily to ensure that they are still producing negative results.

Fairfax County detailed plans for its original coronavirus testing program in October. The tests, offered by a third-party vendor, include PCR tests for a random group of unvaccinated and asymptomatic students, and rapid antigen tests for student-athletes and unvaccinated staff. With the exception of athletes, the student testing program is optional, requiring parents or guardians to use a link to register their child for testing.

The Associated Press and Kate Ryan of OMCP contributed to this report.

Is Christmas snow possible this year in Portland? ‘Sure why not?’