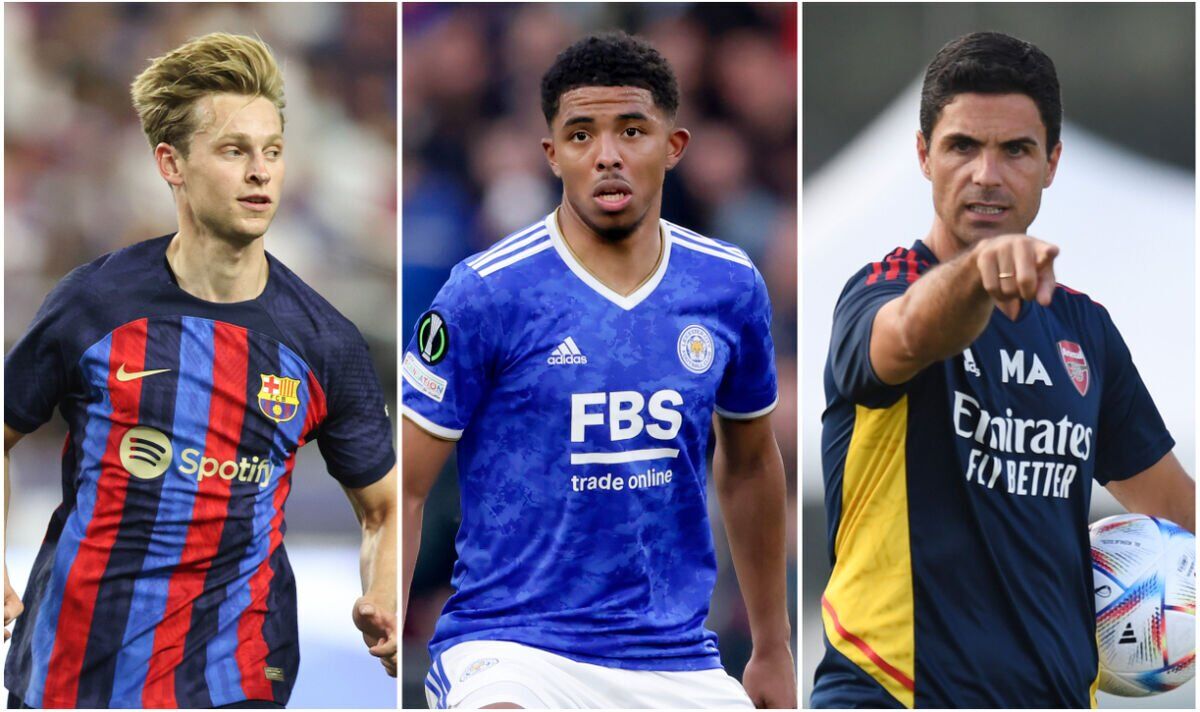 Manchester United remain hopeful of signing Frenkie de Jong after Barcelona boss Xavi refused to close down the possibility of him moving to Old Trafford. Erik ten Hag has made him his No.1 target, but a deal has been complicated by De Jong’s desire to stay at Barca and the club owing him £14million in deferred pay.

Chelsea also like De Jong and are said to have an advantage over United, with the player more willing to join them. However, as the Blues consider making a bid for the midfielder, they are focusing on two defenders.

Leicester’s Wesley Fofana and Inter Milan’s Denzel Dumfries are their priorities at the moment, although Chelsea are exploring possible swap deals after receiving a combined £118m offer to land both signings.

Arsenal, meanwhile, reportedly have four main targets they could still sign after Mikel Arteta confirmed his intention to bring in more fresh blood before the window closed. There should be plenty more going on at Newcastle, Liverpool, Everton, West Ham and across Europe over the next few weeks as well, with the rumor mill currently in overdrive.

In battle over baby’s blood, Michigan case could have implications in New Jersey