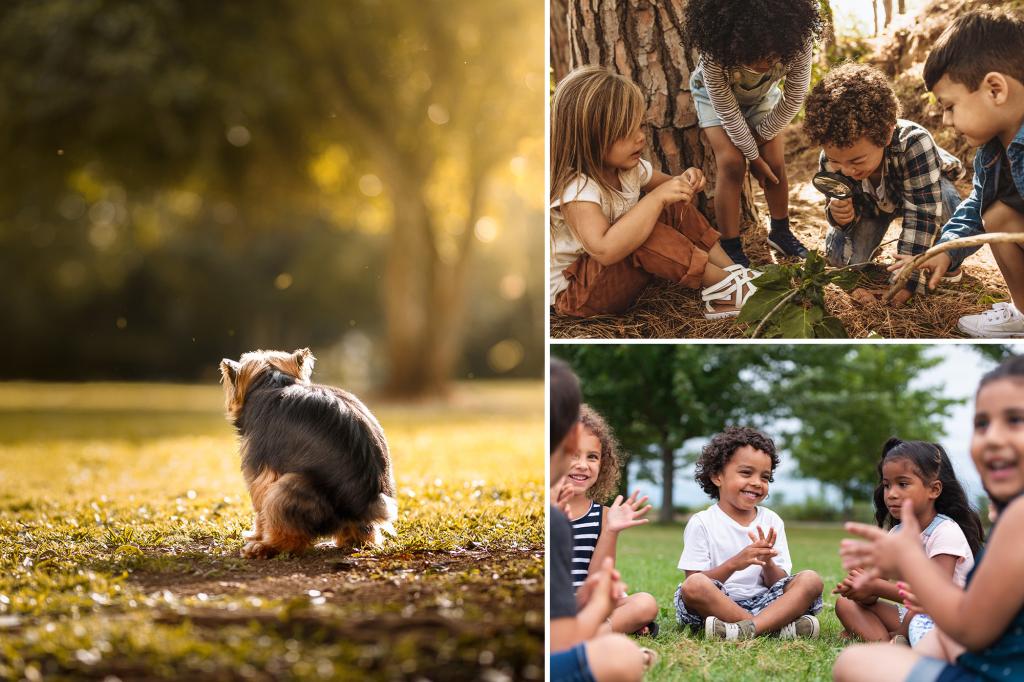 Eggs of a tiny parasitic worm have been found in parks in New York and Europe – and they can infect your children.

In recent years, Toxocara – tiny worms that live in the muscles and digestive systems of animals – have been found in parks across New York’s five boroughs. The parasite can spread to others and infect humans via cat or dog feces.

Although the worms are not easily transmitted to humans, they can be transmitted if a person consumes infected soil, leading researchers to increasingly worry that children are consuming these worms when they are play in city parks.

Most infections are asymptomatic, but some cases present with fever, fatigue, cough, rash, or abdominal pain. In rare and worrying cases, the parasite can travel to the eye, causing blindness and neurological damage to the brain.

The CDC reported that nearly 14% of the US population has been exposed to the parasite, with about 70 people, mostly children, left blind from toxocariasis.

However, researchers suspect that the number of infections is underreported.

“People, especially those with children who tend to play in sand or soil, should be aware of Toxocara. Pet owners should be aware that their dogs can be infected by something they eat. on the floor,” Donna Tyungu, lead author of a 2020 study that tracked the parasite throughout New York, told The Guardian on Thursday.

In all boroughs, low-income neighborhoods reported higher concentrations of the parasite. Most were found in the Bronx, where 67% of playgrounds had Toxocara eggs, according to the study by Tyungu, also a specialist in pediatric infectious diseases.

“I think their discovery of Toxocara is both significant and unsurprising,” Thomas Nutman, head of the parasitic disease lab at the National Institute of Allergy and Infectious Diseases in Maryland, told The Guardian. “It’s really important for us to understand that these neglected tropical diseases – [toxocariasis] to be one of them – are still a huge problem, the extent of which we don’t know yet because we really haven’t looked.

They also found that the majority of Toxocara eggs in New York tended to come from a species specific to cats rather than dogs.

Researchers have also found worm eggs in playgrounds in European countries like Germany and Spain.

Toxocara worms and their eggs can survive harsh winters in the ground and thrive throughout the summer. To avoid infections, pets should be dewormed and parents should ensure that their children wash their hands before eating.