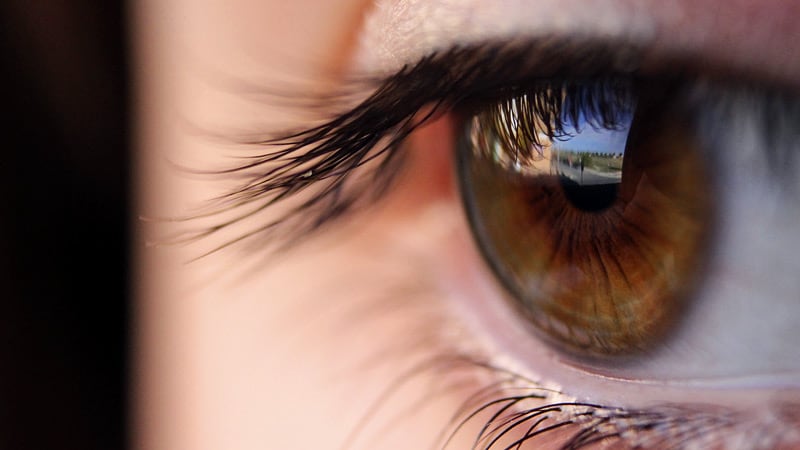 The thinning of the retinal layer of the eye, a marker of cognitive decline?

Thinning of the macular retinal nerve fiber layer (RNFL) of the eye is linked to cognitive decline in older adults, new research suggests.

The conclusions were published online May 26 at JAMA Ophthalmology.

These include the discovery of non-invasive ophthalmic biomarkers that could identify patients with cognitive impairment and Alzheimer’s disease. Since the publication of a 2001 study reporting peripapillary thinning of the RNFL in patients with AD, other studies have reported similar results and improvements in visualization.

In the present study, they examined both cross-sectionally and longitudinally the parameters of retinal layer thickness and their potential association with future cognitive decline and AD.

Spectral domain OCT was used to assess the thickness of six retinal layers of the macular region, RNFLs, and subfoveal choroid. In addition, participants completed two neuropsychological assessments at baseline and at follow-up: the Korean version of the Consortium to Establish a Registry for Alzheimer’s Disease Assessment Package (CERAD-K) and the mini-examination of Alzheimer’s disease. mental state (MMSE).

Baseline macular RNFL total thickness was associated with scores on both cognitive assessments at baseline.

The same basic associations between RNFL thickness and both assessment tools held true for outer and inner macular RNFL thickness.

However, in the longitudinal study, macular RNFL thickness was not associated with a decrease in CERAD or MMSE scores during the follow-up period.

Nevertheless, when the researchers defined the cutoff value as the lowest quartile (less than 231 mm total RNFL thickness), they found that participants with the thinnest baseline total macular RNFL thickness had the lowest greater decline in CERAD and MMSE scores during the follow-up period. (P = 0.003 and P = 0.01, respectively) compared to those above this threshold. The same finding was found to be true with outer and inner thickness of macular RNFL.

Changes in the prevalence of MCI and AD from baseline to follow-up in the lower quartile and upper quartile groups (n=55 and n=160, respectively) are shown in the table below.

No difference was found in the association of cognitive score and RNFL thickness according to APOE e4 status.

The investigators note several limitations of the study. For example, only half of the baseline participants continued to the follow-up phase, which may have affected the results of the longitudinal analysis. Furthermore, the follow-up period only lasted about 5 years, “which is a considerably short time period in the development of neurodegenerative diseases”, they write.

Nevertheless, the study found that “baseline macular RNFL thickness measured by OCT was associated with future cognitive decline,” they add.

The researchers propose that “thinner macular RNFL may predict decreased cognitive performance” and “macular RNFL thickness can be considered as a non-invasive ocular biomarker to assess changes in cognitive function in patients.”

However, further population-based surveys with long-term follow-up are needed, they write.

Commenting for Medscape Medical NewsHoward Fillit, MD, co-founder and scientific director of the Alzheimer’s Drug Discovery Foundation and clinical professor of geriatric medicine and palliative care, medicine and neuroscience at the Icahn School of Medicine at Mount Sinai in New York, said he There is “a lot of interest now in retinal imaging as an early-stage AD detection technology.”

The current researchers assessed the retinal layer of the eye, which is particularly populated by neurons and peripapillary nerve fibers, which originate in the brain, he noted.

“So it’s logical, plausible and reasonable that what happens in the retinal layer of the eye reflects neurodegeneration in the brain,” and that was shown in the study, said Fillit, who was not involved. looking.

OCT technology is commonly used in ophthalmic practice, but not for the purpose described in this study.

There are other, more advanced technologies being investigated that may be able to detect amyloid and be used as complements to OCT devices, such as hyperspectral camera imaging, which may “find its way into the algorithm for AD diagnoses, Fillit said.

“Imagine a world where older people going for their annual eye exam could have a 5-10 minute exam to screen for Alzheimer’s disease. Or, if they already have memory problems, a diagnosis of Alzheimer’s disease. ‘Alzheimer’s could be confirmed based on the presence of amyloid plaques in the back of the eye,” Fillit said. Although the technology is not currently available in routine clinical practice, when it is , it will be “relatively inexpensive and non-invasive”, he added.

In a accompanying editorialRajendra Apte, MD, PhD, professor of ophthalmology and visual sciences and vice president for innovation and translation, Washington University School of Medicine, St. Louis, Missouri, writes that the study “contributes to the evolution our knowledge of the ability of retinal imaging to identify biomarkers that predict the development of cognitive impairment and dementia.”

This research was supported by a research grant from the Bundang Hospital of Seoul National University, a grant from the National Research Foundation funded by the Korean government, and a grant from the Korea Technology R&D Project. Health, Ministry of Health and Welfare, Republic of Korea. Investigators and Fillit have not reported any relevant financial relationship. The Alzheimer’s Drug Discovery Foundation invests in retinal programs but did not participate in this study. Apte said he received research funding and funding from the Department of Ophthalmology from the Jeffrey Fort Innovation Fund, the Starr Foundation, and an unrestricted grant from Research to Prevent Blindness.

Keratoconus: All About The Eye Condition In Which The Cornea Begins To Thin And Fold