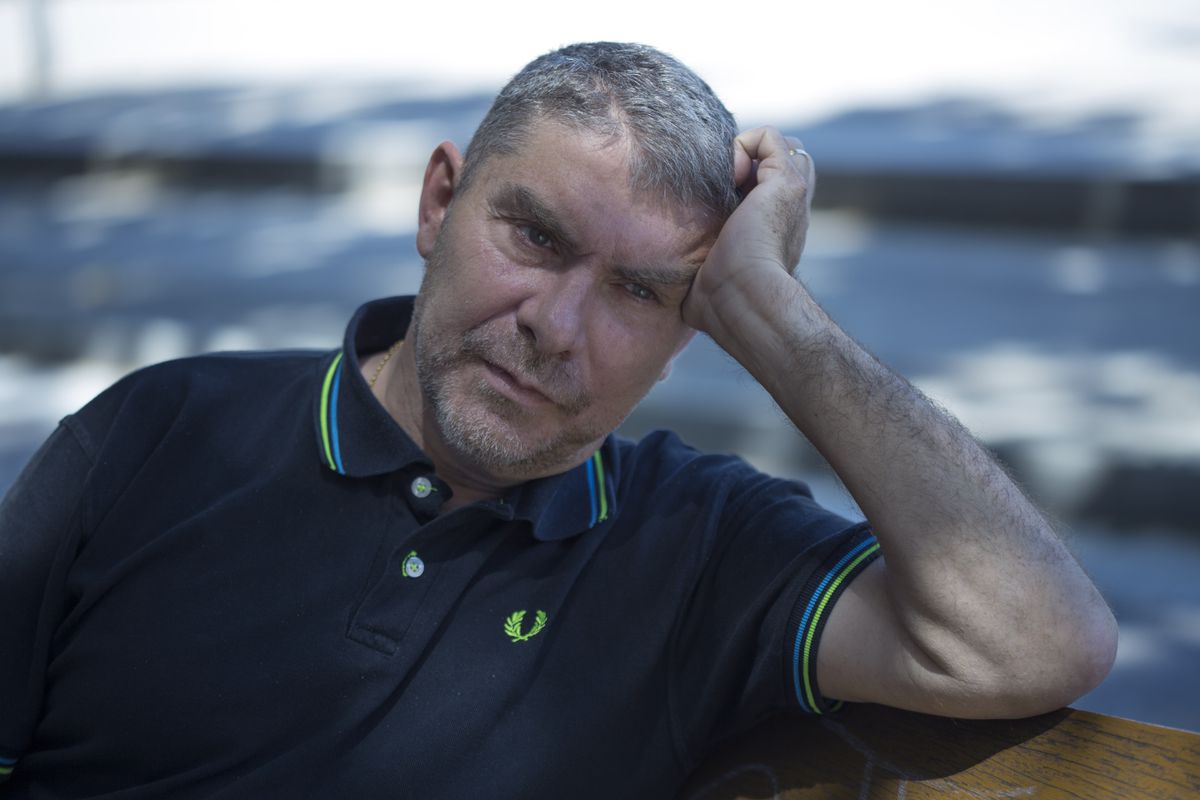 The last hope against the strange headaches that cause cries of pain: “It was impossible to sleep or live” | science and technology

Headbutts against the floor and the wall. Screaming in pain. Desperate. This is how Josep Riba, a 55-year-old Catalan, spent his daily episodes of cluster headaches. From the age of 21, these intense headaches appeared six, seven or eight times a day, each lasting up to two hours. “They were like continuous punctures on my face and my brain. I would end up lying on the ground like a cockroach. I was screaming, I wanted to die. It was impossible to sleep or live,” he recalls the worst episodes. Cluster headaches are rare and their origin is unknown. According to neurologists, however, their pain can incapacitate patients and drive them to deep despair. , even suicidal thoughts.Existing treatments, from high-dose corticosteroids to Botox and lithium, don’t always work.In the most extreme treatment-resistant cases, like Riba’s, there’s only one option left : place electrodes in the brain to try to control the intensity of the pain. “Now, after the operation, at least I no longer throw myself on the ground or shout,” he confides, resigned. half a dozen headaches each night, each lasting about 20 minutes.

When American physician Bayard T. Norton named this strange headache in 1939, he defined it as “a pain so severe that patients should be watched for risk of suicide.” It was colloquially called “the suicidal headache.” It’s a serious disease, says Dr Robert Belvís, head of the headache unit at Barcelona’s Sant Pau Hospital: “They call it that because of the risk involved. Suicide attempts are not that common, but suicidal behavior is. There are patients who say they want to get rid of something, but they don’t. Patients suffering from this condition are monitored by the suicide prevention units of psychiatric establishments.

Nobody knows what causes cluster headaches, which affect one in 1,000 people and three times as many men as women. Belvís points out that no associated gene has been found and that the disease does not appear to be hereditary. When a patient has a seizure, the hypothalamus is the first region of the brain to suffer, but the reasons are unknown: “The genes of the hypothalamus are examined, because substances called orexins are produced there. They tried to find out if there was some sort of relationship, but nothing was found. In addition, it is difficult to diagnose in the emergency room or at neurologists: in Spain, diagnoses take an average of four years, compared to six in the United States and 11 in Norway, specifies Belvís. Every patient is different. A third of them usually have seasonal attacks, particularly in spring or autumn, but the others suffer from pain randomly, without a definite pattern. All of them, in any case, begin with episodic pains of severe or very severe intensity (migraines, in comparison, are moderate or severe). “One day you start having a cluster of several pain attacks that last from two weeks to three months. Visually it is as if you have hit the patient in the eye. He cries, turns red, eyelid swells , the forehead swells and mucus and tears only occur on that side. The patient feels that his ear is clogged, “explains Belvís. To these symptoms are added episodes of agitation, adds the neurologist: “There are people who start hitting themselves, self-harming, to avoid having this pain. Patients often say it’s as if their eye had been gouged out. It’s a very serious pain.”

The therapeutic arsenal is vast, but it does not always work. For attacks, doctors use triptans, the most aggressive family of anti-migraine drugs, and administer 100% oxygen for half an hour (in asthma or bronchitis attacks, 28% is used for several hours). “Oxygen is a vasoconstrictor and prevents the production of nitric oxide, which is one of the molecules that produces pain in the brain,” explains the neurologist. High dose cortisone is also given. Certain medications are used to control the intensity and periodicity of seizures, such as lithium (an aggressive antipsychotic that is only used for this condition and bipolar disorder), antiepileptics, Botox injections, and a monoclonal antibody used to migraines.

10% of patients do not respond to any pharmacological treatment and require surgery. The least invasive operation is the radiofrequency of the sphenopalatine ganglion, which enters the nerve through the mouth, heats it and removes pain. If this does not work, neurosurgeons choose to incorporate an occipital nerve stimulator, which requires a more complex procedure. Some patients with chronic cluster headaches do not respond and the only remaining treatment option is deep brain stimulation.

The scientific literature describes only 94 cases having undergone this operation, explains Belvís. Hospital Sant Pau is known for interventions. They did 14 and now do two or three a year, says Rodrigo Rodríguez, neurosurgeon and deputy and coordinator of the tactical functional unit at Sant Pau Hospital. “The technique involves inserting an electrode into an area of ​​the brain that is not responding properly [in this case, the hypothalamus], to create an electrical change that will affect the connectivity and electrical flow of different brain structures to normalize brain function,” he explains. The treatment is more commonly used for other conditions, including Parkinson’s disease.

After this intervention, 80% of patients show clinical improvement. As in the case of Riba, the headaches do not disappear completely, but the attacks are reduced by up to 50% and are less intense, explains Rodríguez, a neurosurgeon at Sant Pau who is also in charge of these interventions. The operation, adds the specialist, is very safe and rarely involves complications. He explains that “the operation begins before entering the operating room”. “There is a lot of pre-planning, in which we analyze the pain circuitry and see which networks are affected. This part of the planning is fundamental because it secures the procedure inside the operating room.

When neurosurgeons drill holes in the skull to place the electrodes at the base of the hypothalamus, they opt for a forehand. Advance planning allows them to map out their exact route. Using a kind of crown which marks the spatial coordinates of the point of intervention, they insert the electrical devices. There is virtually no margin for error, but surgeons do an intraoperative scan to confirm that the electrodes are placed correctly.

In most cases, the number of headaches or the intensity of the pain is reduced. There is a significant change from before the operation. However, specialists admit, there is still a percentage of patients who do not respond to surgery. The alternatives are limited: try combinations of treatments and medications that reduce headaches, support patients, and keep researching to find new options. Much remains to be discovered about this disease.