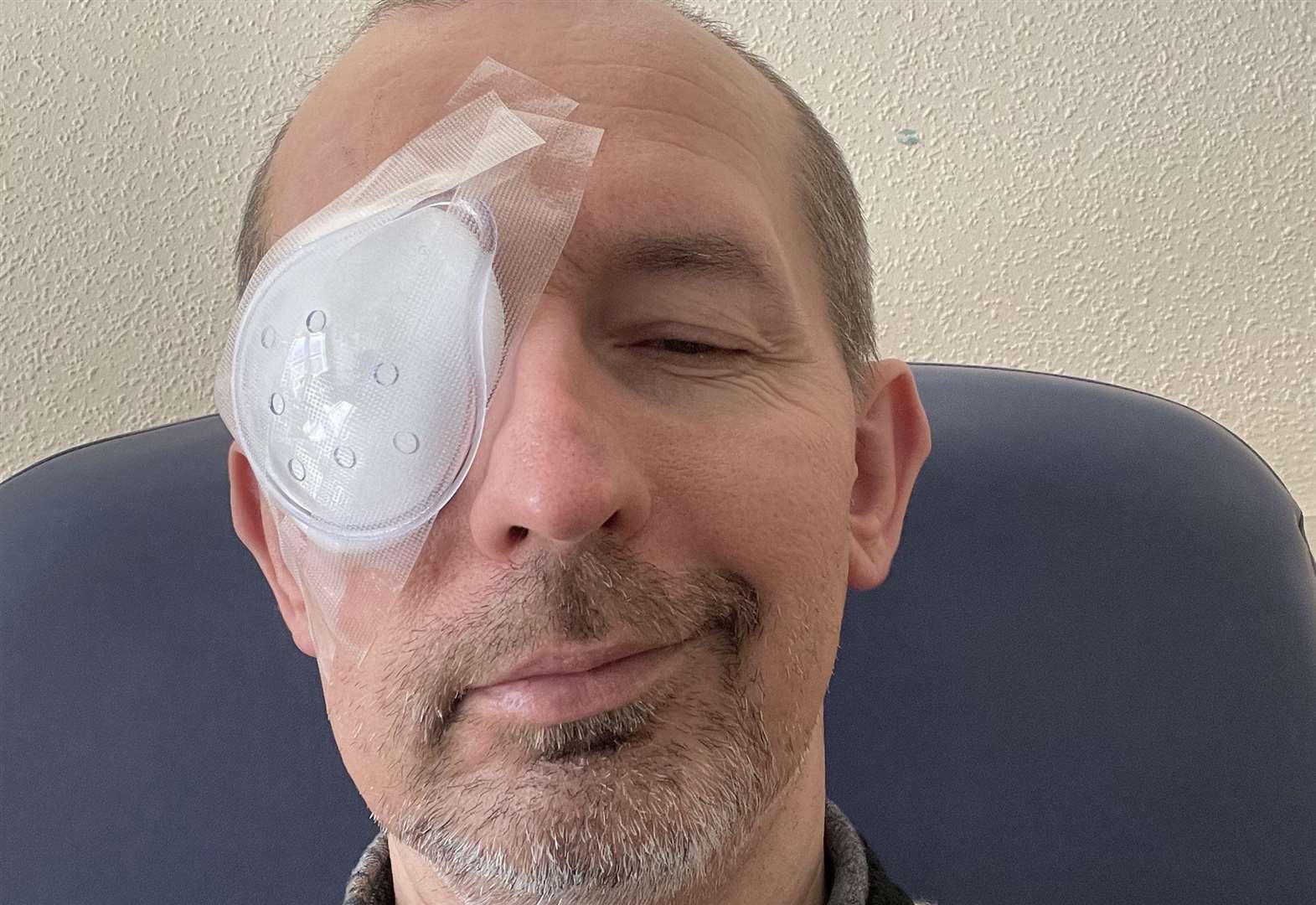 Surgery to save Stratford man’s sight after visit to optician

A DANCE teacher’s eyesight was saved after an optometrist diagnosed him with angle-closure glaucoma and sent him back to A&E.

Sergiejs Stepanovs, 47, known as CJ, said he had suffered from headaches and migraines for months. While the doctors had prescribed pain medication, the symptoms continued and CJ’s vision became blurry.

It was then that he decided to hire Specsavers in Stratford.

“I have to admit, I hadn’t had an eye test in a long time. Instead, I was buying off-the-shelf readers and didn’t really think about the consequences,” CJ said, who also works in the Sainsbury’s store in Stratford. “What quickly became clear to me was that neglecting this important health check had put my vision in grave danger.

Optometrist Chris Docker said the alarm bells rang and after speaking with CJ and performing an eye exam, he realized his initial concerns were correct: it was glaucoma at closed angle.

“The high level of pressure behind his eyes was so alarming that we advised CJ to go to A&E immediately,” Chris said.

Angle-closure glaucoma is a condition where the pressure inside your eye becomes too high. Immediate treatment is needed to relieve symptoms and prevent permanent vision loss.

CJ was admitted to Birmingham Eye Casualty where he underwent laser surgery on both eyes.

Although he is now back at work – both at Sainsbury’s and as a dance teacher – he is still being looked after in hospital, with monthly checks to monitor his condition. He also developed cataracts, which may be one of the side effects.

“This experience has really taught me to be much more careful with my health,” CJ added. “I now tell all my friends that they need to have regular eye exams – if I hadn’t made that trip to Specsavers, chances are I would be blind by now.”

Chris added: “It is unusual to see a case of angle-closure glaucoma in someone CJ’s age, especially when there is no family history of the condition. But what her story highlights is the importance of routine eye exams, as conditions such as glaucoma can be detected at an early stage when there are often no symptoms.

Glaucoma is one of the leading causes of blindness worldwide.

A look at the economic potential of ketum