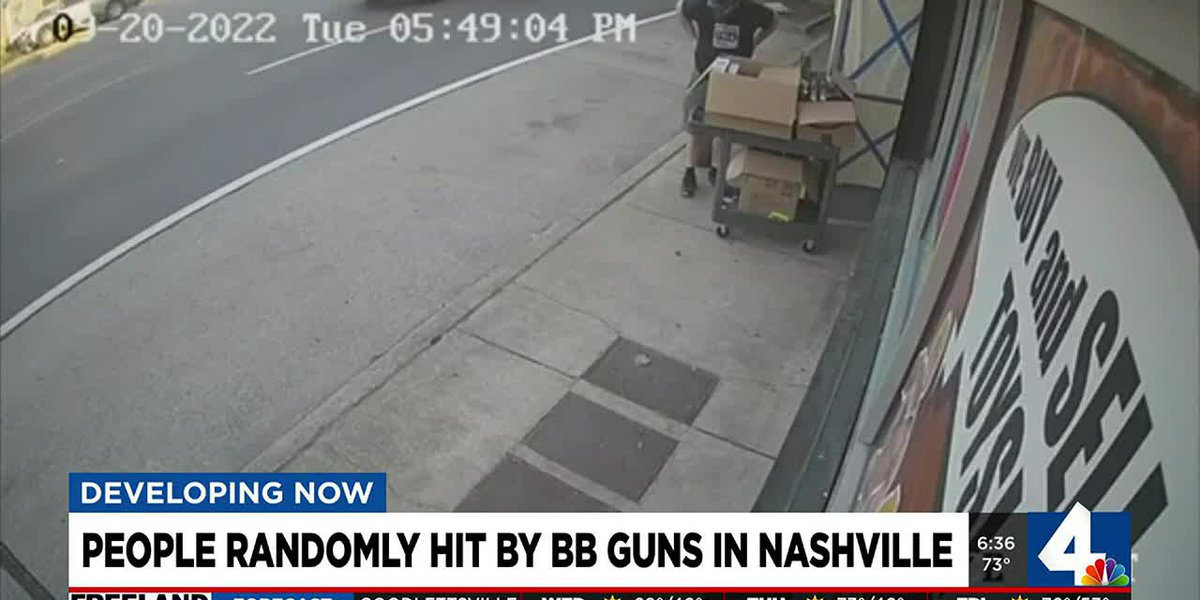 Shop owner blasted with BB gun outside his business

NASHVILLE, Tenn. (WSMV) – A South Nashville business owner has captured video of himself being blasted in a drive-by with a BB gun.

Hundreds of cars drive down Nolensville Pike daily, but owners of Totally Rad Toy House said after they were hit by someone firing a BB gun out of their car, they were worried about customers.

For over two years, Matthew Powell and LJ Landrum sold toys along Nolensville Pike. Powell moves toys out of their storage office every week to restock the store, but on Wednesday afternoon he said he got the shock of his life.

“It was like some hitting me with a whip and I was like, ‘Ouch, what was that?'” Powell said.

As Powell had his back to the road loading boxes into the store, he said someone shot him with a BB gun.

“We looked at the camera and yes, someone walked by and shot me with a pellet gun,” Powell said.

In surveillance footage from the storefront, a black SUV can be seen driving by with someone holding a toy gun out the window. Just a second later, Powell can be seen grabbing his back in pain.

“He lifted his shirt and he had two red spots on either side of his lower back that you could tell were made by a bullet that had hit him, they were red with a white center,” Landrum said. .

When Powell and Landrum called the Metropolitan Police, an officer told them there was not much they could do because the license plate number in the video was unclear.

“He said even if they found the vehicle, the person could tell it wasn’t me, it was my kids,” Landrum said.

WSMV contacted the Metropolitan Police for the third time to ask if people had been hit by BB guns, but they told me it was not a growing problem. An answer that now worries Matthew for his clients.

“If there’s a lot going on, it definitely needs to be looked into because there are children out there, or anyone can lose an eye or get very badly injured because of it and it’s just not completely harmless. “Powell said.

Shop owners are now warning you to keep an eye out and hope the police take action soon.