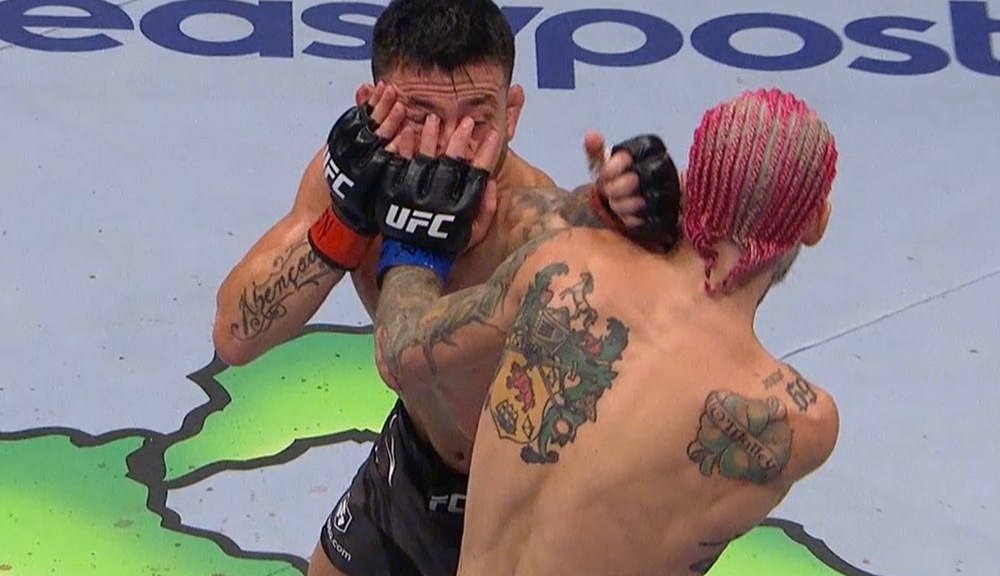 Sean O’Malley and Pedro Munhoz both arrived empty-handed at UFC 276.

Before the stoppage, the fight went down as a technical striking match with both patient men. Munhoz landed his signature kicks on O’Malley’s lead leg. Meanwhile, O’Malley tried to keep Munhoz at bay as he used great footwork and long punches.

The foul happened in the back half of round two and Munhoz immediately winced in pain as O’Malley’s open hand raked his face. Referee Jason Herzog called the cage doctor over to take a look. Munhoz told the doctor that all he could see was black. Herzog told Munhoz to take a few moments. After a follow-up conference, the doctor told Herzog he saw damage to the back of his eye. That was all Herzog needed to hear to give up the fight.

Initially, O’Malley demonstrated his celebration of the basketball jump. But his mood changed and he looked visibly disappointed as he walked over to Munhoz and shook his hand.

Since the foul was inadvertently ruled, the fight was ruled a no contest.

Munhoz vs. O’Malley ruled no contest after an unintended eyeball. #UFC276 pic.twitter.com/Mfda0tF640

The UFC 276 minute results include:

Put your eye on the grindstone