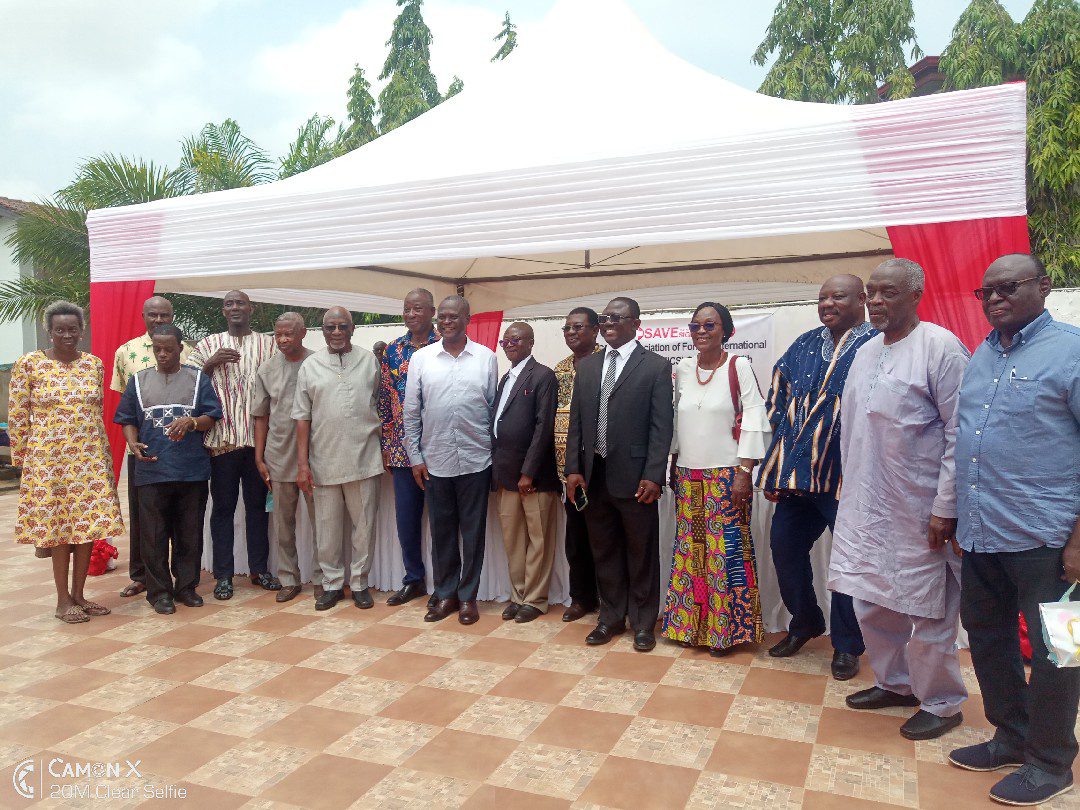 Save the Nation’s Sight Clinic receives $2,100 donation from GAFICS

The Ghana Association of Former International Civil Servants (GAFICS) donated $2,100 to Save the Nation’s Sight Clinic to cover the cost of transporting 30 patients from rural areas to Accra for surgery.

The amount also covered their return, follow-up visits, accommodation and food during the night.

Mr. Kwaku Osei Bonsu, Chairman of GAFICS, presented the check to Dr. Thomas Tontie Baah, Medical Director of Save the Nation’s Sight Clinic during a ceremony in Accra.

GAFICS is a pool of Ghanaians, who have served with the United Nations (UN) and its specialized agencies, World Bank, International Monetary Fund (IMF), African Development Bank, as well as other reputable international organizations.

Mr. Osei Bonsu, in his remarks, noted that one of the main goals of GAFICS is to give back to society.

“The nation made us who we are today and so we want to give back to society by putting our skills and expertise where and when we need them,” he said.

“In light of this objective, each member contributes annually to the Special Projects Fund. We have set up a Projects Committee to receive and review proposals for projects to be sponsored by the Association. »

He said the Association had in the past provided support to educational institutions, as well as environmental awareness campaigns by NGOs.

He said that in 2021, the Projects Committee had received five project proposals and, after reviewing them, recommended that the Save the Nation’s Sight Clinic proposal involve an outreach program for eye testing and eye surgery. the cataract of vulnerable people in disadvantaged neighborhoods in the Volta region be financed .

He noted that the Association was aware that the National Health Insurance Scheme (NHIS) provides for patient surgery and medication; saying “however, we all know the challenges that these rural populations have to overcome to access quality services”.

“We have been assured by the clinic that some of the patients may have NHIS cards and that the clinic will seek reimbursement from the NHIS.”

Mr. Osei Bonsu said that these funds, once received, would be used to replenish surgical consumables and medicines, or to subsidize additional rural patients.

He congratulated all GAFICS members for their sacrifice in contributing to the Special Projects Fund.

Upon receiving the check, Dr. Baah congratulated GAFICS for their kind gesture; stating that “GAFICS appears to have recognized the challenges patients face in accessing cataract surgery”.

“They came here to support the Save the Nation Eye Clinic in its fight against unnecessary cataract blindness in Ghana.

“They came here to present a check to the clinic to pay for cataract surgery for 30 patients with blinding cataracts. Save the Nation’s Sight Clinic is very grateful to GAFICS for their generous support.

He said Save the Nation’s sight clinic, since its inception 12 years ago, had played a leading role in the fight against unnecessary blindness caused by cataracts, especially among the rural poor. and urban.

Professor Mahama Duwiejua of the University of Ghana, who hosted the reception, commended Dr. Baah and the Save the Nation’s Sight Clinic for their efforts in providing health services to Ghanaians, especially those in rural areas.

He also commended GAFICS for supporting Save the Nation’s Sight in the fight against cataract blindness in the country.