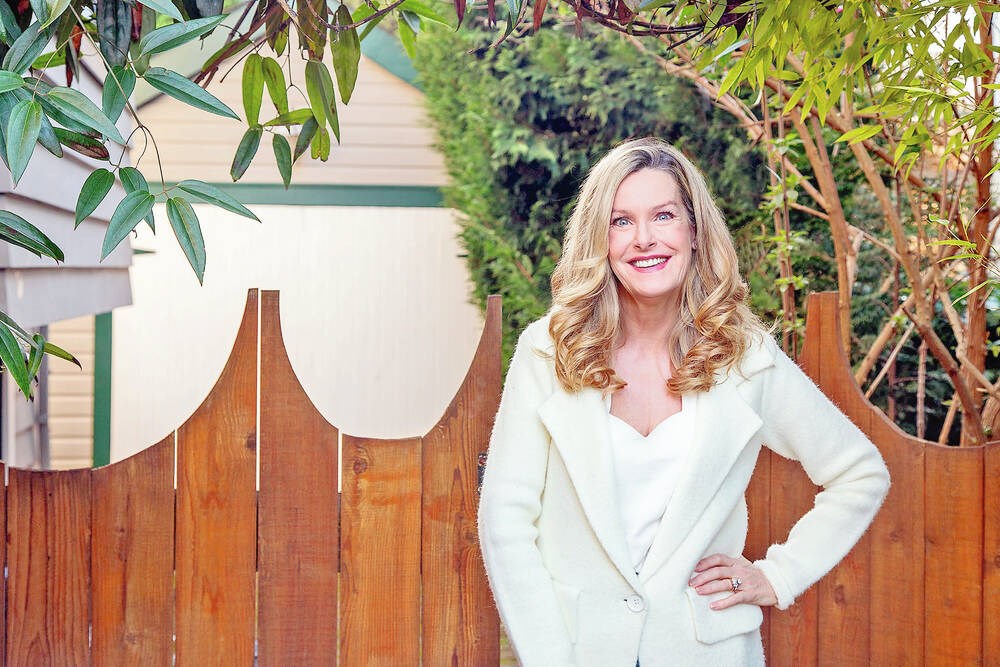 Toni Smith has had eye problems all her life, but her current healthcare journey began three years ago on a beautiful summer day when she and her husband, Gary, were planning a trip to the island to a friend’s cabin.

Things changed in an instant with an appointment with an eye doctor who told her she was facing permanent eye damage.

The situation began when her optometrist discovered a tear in her retina – which turned out to be linked to her extreme myopia – as well as several areas in both eyes where more tears were possible.

“It kind of threw me down a path that I’m still processing,” Smith said.

Her family doctor confirmed the severity of her condition and sent her to the eye doctor, who told her she needed surgery immediately.

Smith said the thought of emergency eye surgery was scary.

“It’s just not a lot of fun and it’s scary, and thank goodness for the equipment we have and the doctors we have here in Victoria.”

A retinal laser was used on her by Dr. Murray Erasmus.

“If I hadn’t had this equipment available to me right away, the retina could have come off and I could have gone blind,” she said. “Once they completely detach, it becomes much more difficult to save sight.”

Despite everything, she was treated quickly and was able to make the trip to the cabin.

“It was weird to me that all of this happened, all on a Friday, and we were actually able to take this trip,” she said. “That’s how incredibly good it is, that they can fix you like that and then you can keep going.”

Talking about her retinas — the membrane on the inner surface of the back of the eye — was new to her, Smith said.

“When I learned to crawl, I was crawling straight into walls, so I was born with poor eyesight,” she said. “I always had issues with my eyes and everything, but I never really knew much about the retina stuff.”

“It’s just that they degenerate with age, so as you get older, the retinas get thinner,” Smith said.

“I honestly didn’t know I had to watch this until it happened.”

One clue turned out to be that she was determined about 10 years ago not to be a candidate for a Lasik procedure, which would have allowed her to stop using glasses and contacts. He was told there wasn’t enough tissue with his retinas.

“I thought, ‘That was disappointing’, but I still didn’t realize there was an impending problem.”

The retinal laser was a godsend for her, Smith said.

“I can’t be thankful enough that this is available to me and that the doctors are giving up everything to make sure my eye gets fixed,” she said.

“It was amazing the care I received.”

His procedures had a cumulative effect.

“After all the surgeries I’ve had, I’m left with a lot of blinks and spots floating in front of my eyes,” Smith said.

“It’s getting a little harder for me to tell when things are really bad or not, so I have to have them checked regularly.

“It’s something, unfortunately, that I have to live with and worry about.”

His last operation dates back to Wednesday.

The region’s retinal laser, which doctors use to perform up to 25 laser treatments a week on people like Smith, is aging and needs replacing.

One of the many goals of the Victoria Hospitals Foundation’s Emerging Stronger campaign is to fund a new retinal laser at a cost of $159,000, which means the current unit can be used as a backup unit.

This unit is 15 years old and does not have a backup itself in case it has any issues.

“The retina machine that the foundation is buying is so badly needed,” Smith said. “How fantastic is it to have two machines?

She explained that current technology can be “uncomfortable and not pleasant” for patients.

“This new machine definitely makes it easier,” Smith said. “The downtime is also minimal, which is amazing to me.”