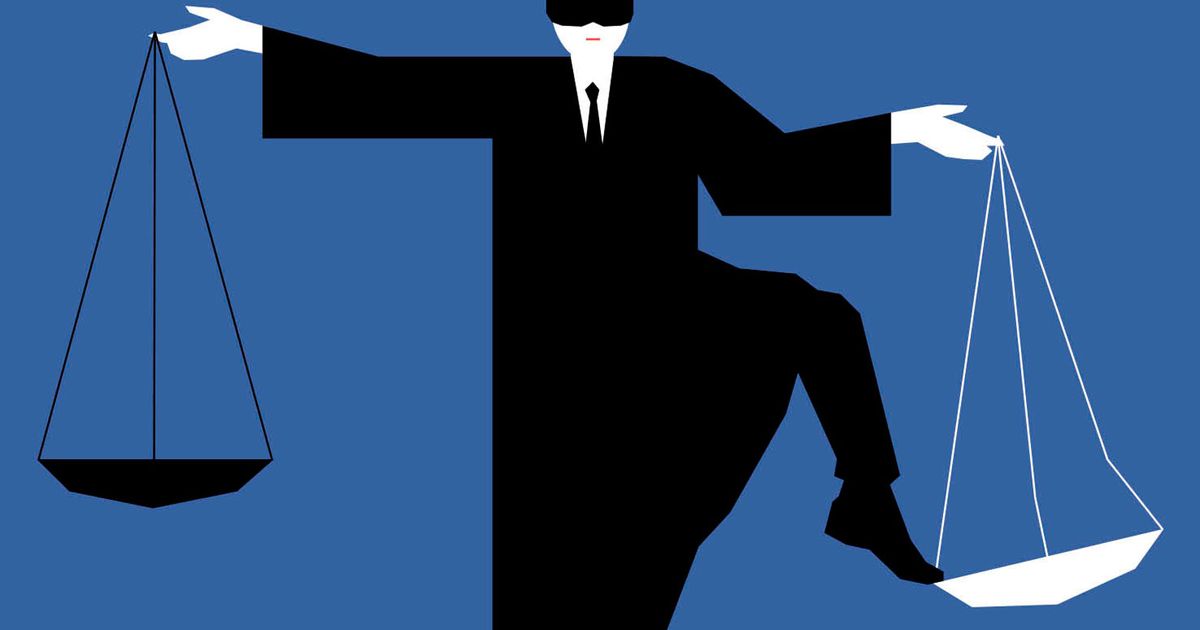 I am the first former incarcerated person elected to the Washington House of Representatives and carry with me the weight and hope of the incarcerated and formerly incarcerated community. It is not an easy weight to carry because incarcerated people like me are imperfect and in some cases have caused great harm.

But I also know that our criminal justice system quickly abandons people. There is no salvation, rarely rehabilitation, just long sentences for crimes often motivated by poverty, trauma or substance use disorders.

If we are to have real justice, we must examine the crime-suppression policies that have made this country the world leader in incarceration. We need to examine how our laws have been used to target communities of color. In our state, black residents represent 18% of the incarcerated population while they represent only 5% of the population. Part of that racial equity consideration has to be a review of the draconian sentencing laws that this state put in place in the 1990s and 1980s.

Many have criticized House Bill 1692 as being “soft on crime” or favoring incarcerated people over victims. This is simply not true. Let me start by saying that HB 1692 will not become law this year. If you are a victim or a member of your family affected by drive-by shootings and this bill has rekindled the pain of that trauma, I would like to apologize and make it clear that this was not my intention. But it’s important that we have this conversation.

The idea for HB 1692 was first presented to me by a retired judge and former state senator, Michael Heavey. Heavey was in the State Senate in 1995 when shooting from a car became an aggravating factor in first degree murder. His memory is clear: This provision of the law was added to target predominantly black gangs in Tacoma and Seattle. First degree murder carries a sentence of 20 to 30 years in prison. First degree aggravated murder carries a sentence of life imprisonment without parole.

Is someone who kills someone from inside a car more culpable than someone who kills someone standing on a street corner? That is the question I asked myself when studying this bill. Both commit murder, a horrible and heinous crime, and both deserve to be prosecuted and tried for their crime. But because of this law, one person is unrecoverable and the other has a chance to redeem himself. Is this appropriate when most drive-by shootings are committed by young people? Is it appropriate to deprive a judge of the discretion to weigh the circumstances of the crime and the person?

Most of the aggravating factors of first degree murder make sense, for example if the crime involved a victim who was tortured, pregnant or a police officer. But none of these factors are related to where the bullet was fired.

This aggravating factor resulted in only one conviction. Kimonti Carter was sentenced to life without parole for the murder of Corey Pittman in 1997. Pittman was a promising student residence on summer vacation when he was killed by Carter in a drive-by shooting in the intent to target rival gang members. I’m sure the pain of Corey’s death still resonates to this day. My heart and condolences go out to Pittman’s family.

Carter was only two months after his 18th birthday when he killed Corey Pittman. He had been involved in gangs since the age of 11. After his conviction, he changed his life by starting the Take Education, Make History (TEACH) program. TEACH helps incarcerated people teach college courses to their peers. Since its introduction in 2013, the program has expanded to include a coding boot camp and is offered in prisons statewide. Thanks to an open and inclusive policy, TEACH has allowed a significant cooling of racial tensions. A Department of Corrections official admitted that the program has done more to improve race relations in Washington prisons than any other program.

Creating TEACH and changing his life doesn’t absolve Carter of Corey Pittman’s murder. But it should make us wonder if we value redemption rather than revenge. If we believe in second chances, Carter shows that redemption is possible, if our laws allow it.

This bill is not intended to relax Carter’s sentence. It’s about asking the tough questions. Are we a society that believes in redemption? Do we only believe in redemption for certain types of people? How can we create justice without relying on revenge?

Formerly incarcerated and incarcerated people are often deeply flawed and most guilty of committing a crime, but they are also people. As a crime survivor, I also know that revenge doesn’t take away pain. My healing came from finding community and a purpose for pain. I want us to have this conversation about punishment and redemption. To become a better society, we must look ourselves in the eye and answer these difficult questions.

Tarra simmons
is a member of the 23rd Legislative District State House of Representatives, which includes Bainbridge Island, Poulsbo, Kingston, Silverdale, Winslow and East Bremerton. She sits on the Public Safety, Civil Rights and Justice, Health Care and Welfare and Rules committees.

[Newsmaker] Should Politicians Care About Your Hair Loss?