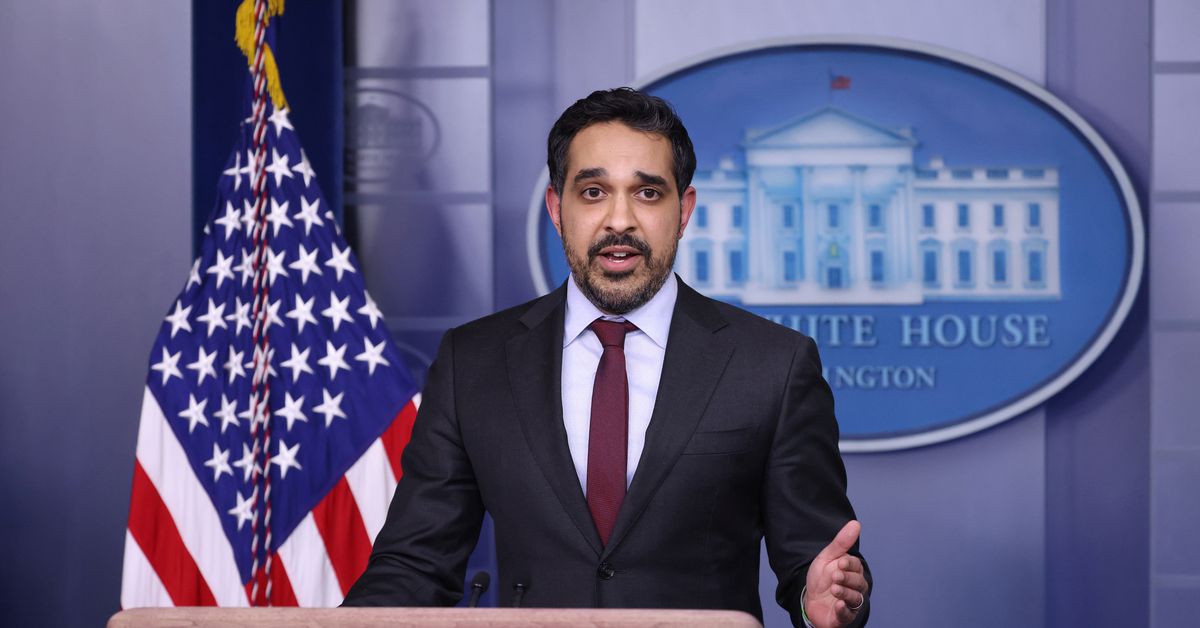 WASHINGTON, Feb 16 (Reuters) – U.S. President Joe Biden last year ordered his administration to boost the national economy by cracking down on what he sees as a lack of competition in sectors ranging from agriculture to drugs and at work.

As inflation hits its highest level in 40 years, keeping prices low is also a key political issue. November’s midterm elections will determine whether Biden and the Democrats can maintain tight control over Congress, and the economy is the top issue on the minds of voters, according to a Reuters poll.

In an interview as corporate earnings come to the end of the year, Bharat Ramamurti, deputy director of the White House National Economic Council, told Reuters the administration was looking closely at whether higher profits were due to a lack of competition.

Questions and answers have been edited for clarity and brevity.

REUTERS: The White House continues to go after ‘profit’, especially in the meatpacking industry. How do you define that and see that as a growing problem? Is it related to the pandemic?

RAMAMURTI: By design, companies try to maximize the amount of profit they make. I don’t think anything has changed on that front just because of the pandemic. They do this, if they can, by raising prices in the face of higher demand.

There is a higher demand for certain products, including certain food products. But also, it’s a very concentrated industry – the meat processing industry.

The four major meat packers in the beef sector, for example, control about 80% of the industry. And what we’ve seen is that, in such a highly concentrated market, the ability for companies to raise prices faster and higher – and keep them there for longer – exists.

Introducing more competition into this space could eventually help bring these price levels down.

REUTERS: To what extent does the lack of competition play a role in the inflation we are currently seeing?

RAMAMURTI: There are a number of reasons why we are currently looking at a higher inflation rate. The main one is that we are coming out of a pandemic. The United States is not alone in facing higher inflation. It’s all tied to supply issues.

In industries characterized by high levels of concentration, the effect may be more severe.

REUTERS: Do you expect to move into other industries?

RAMAMURTI: We tried to be very data-driven about this. So far, we haven’t done this level of deep diving into any of these other industries.

But there are other examples of companies with higher profits and higher margins, indicating that they have the ability to not only pass on to consumers the cost increases they face in their supply chain. supply – there is an extra step where they can increase the price even beyond that, which is reflected in the higher margin.

Part of that, of course, is higher demand, but there may also be other factors at play. And what we want to do is use every available tool the president has to deal with these price increases. He knows they’re pinching family budgets.

[A few days after this interview was conducted, the White House said it was investigating competition in the defense industry.]

REUTERS: What would you say to someone who says that charging more for goods when demand is high is ‘how capitalism works?’

RAMAMURTI: I would say what the president said, which is that capitalism without competition is not really capitalism. It is exploitation.

If you can introduce more competition into these industries, you’ll have more companies fighting for your business. And one of the ways they do this is by offering a lower price than their competitors, which will have a downward effect on prices over time.

This is the kind of economy we want to build.