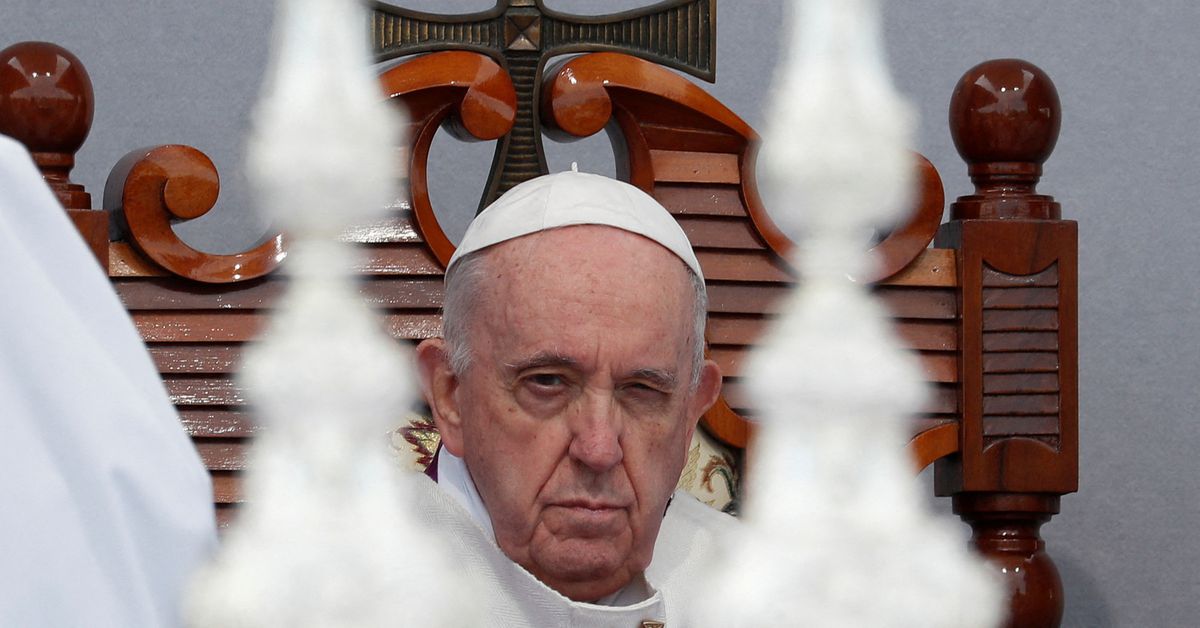 Pope suffers from leg pain in Malta and defends migrants

VALLETTA, April 3 (Reuters) – Pope Francis, struggling with leg pain, said on Sunday countries should always help those trying to survive “among the waves of the sea” as he ended a trip to Malta, which is at the heart of the European debate on migration.

At the start of the last day of his trip to the Mediterranean island, Francis visited the cave in the city of Rabat. According to tradition, Saint Paul lived there for two months after being among the 75 castaways en route to Rome in the year 60 AD. The Bible says they received unusual kindness.

“Nobody knew their names, their place of birth or their social status; they only knew one thing: that they were people in need of help,” the pope said in a prayer in the grotto.

The 85-year-old pontiff suffers from a flare-up of leg pain and struggles to walk in the small grotto. At a Mass for about 20,000 people afterwards, he mostly sat while Archbishop of Valletta Charles Scicluna conducted much of the liturgy.

Francis had to use an elevator to board his flight in Rome and disembark when he arrived in Valletta on Saturday, and at the end of Sunday Mass he skipped the traditional outing procession with all the bishops.

Malta is one of the most important routes used by migrants crossing from Libya to Europe.

“Help us to recognize from afar those in need, struggling amidst the waves of the sea, smashed against the reefs of unknown shores,” the pope said in prayer at the grotto.

Prime Minister Robert Abela’s government insists the island, by far the most densely populated country in Europe, is ‘full’, refusing to allow the landing of migrants other than those rescued in its own area of rescue.

Francis’ last stop was a visit to a center for migrants, known as the “peace laboratory”. There he heard Daniel, a Nigerian, recount his many attempts to reach Europe in boats that did not sail and how he had been detained in Libya, Tunisia and Malta.

Francis told them that the humanitarian crisis of migration was “a shipwreck of civilization that threatens not only migrants but all of us.” The mistreatment of migrants sometimes occurs “with the complicity of the competent authorities”, he said.

On Friday, the ship of the German NGO Sea Eye IV was outside Maltese territorial waters in an attempt to disembark 106 migrants rescued in Libyan waters and was refused entry.

Human rights organizations have criticized the island for its involvement in “push-backs” where migrants rescued in coordination with Malta are brought back to Libya. The organizations say this violates international law since Libya is not a safe country.

Speaking to Maltese government officials on Saturday, Francis denounced “squalid deals with criminals who enslave other human beings”. He has in the past compared conditions in centers holding migrants in Libya to Nazi and Soviet camps. Read more

Malta argues that Europe should have an effective ‘burden sharing’ mechanism. Francis has also repeatedly called for a shared responsibility for migrants between European countries.

Alex Rodriguez asks his fans for help with his health problems

“It Completely Changed How I Feel About Myself:” One Patient’s Eye Surgery Story