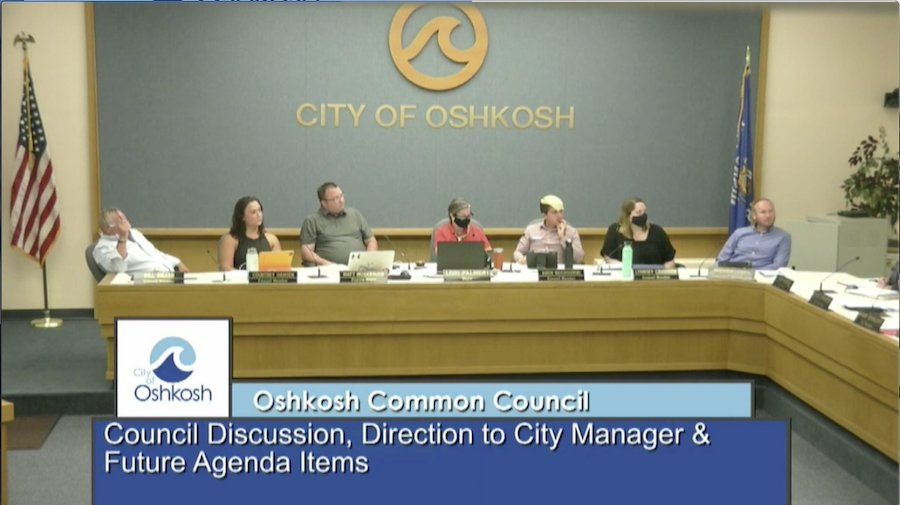 Oshkosh City Council on Tuesday asked city staff to draft an order that would reduce the fine for possession of marijuana from its current level of $ 200.

But Deputy Mayor Matt Mugeraurer has expressed strong opposition to bringing up the topic, and it’s unclear where council could end up with a new amount of fine.

In a separate part of the meeting, Winnebago County Health Department Director Doug Gieryn issued a strong warning regarding the spread of COVID-19. “Cases are moving very quickly,” he told the council.

The discussion over marijuana got sharp at one point when Mugeraurer slammed council member Aaron Wojciechowski, but not by name, for raising the issue. This drew a rebuke from Mayor Lori Palmeri over the personalization of the chat and a request from Mugeraurer that she not interrupt him when he was speaking.

Muegeraurer said he had “no interest in lowering the fine” and suggested that Wojciechowski pursue the matter to score political points and without doing enough preliminary research on his own.

Wojciechowski said there are many reasons for lowering the penalty for marijuana, including the fact that other parts of the country have decriminalized possession and the fact that other crimes, such as the destruction of property, result in lower fines in Oshkosh.

The council’s discussion covered a variety of related issues, including the current cost of drugs on the streets and the effect on drug use by young people if the fine is reduced.

City manager Mark Rohloff said staff would prepare an order that would reduce the fine to $ 75. But he noted that an ordinance usually goes through two readings before adoption, which would give the council ample opportunity to change the amount of the fine.

At the end of the meeting, the discussion turned to COVID.

“We’re pretty much on a tear,” Gieryn said. “We are seeing a lot more cases in younger people. “

The county now registers about 30 new cases per day, up from about two per day a month ago, he said.

“Our biggest concern is that we have a large young population that is absolutely unprotected” as schools are about to reopen.

Although young people may have less severe symptoms, they can still spread the disease, he warned.

He urged residents to take protective measures, such as wearing masks and vaccinations.

There have been about 103 cases of breakthrough infections among county residents who were vaccinated. But he said it was a “very small percentage” of local cases.

“The vaccine is very protective,” he said.

A break in the wet conditions on Sunday