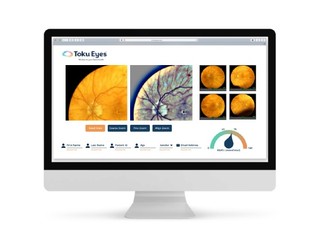 On a mission to democratize eye care, Toku Eyes takes its technology to the United States


There are 43 million people worldwide who are blind and another 295 million who have moderate to severe visual impairment. The shocking number is how many of these people have a preventable or treatable disease: nearly three-quarters, which means there are nearly 300 million people who should have sight, but don’t.

One of the biggest hurdles is access to healthcare, according to Ehsan Vaghefi, co-founder and CEO of Toku’s eyes. His own father went blind as a child, prompting him to develop an artificial intelligence platform for more accurate and accessible health diagnostics through eye scanners.

“As I got older and learned more, it was interesting to see that many of these blindness diseases that I see in my friends or their family members are completely preventable. is just that they don’t have access to care; most times they don’t even have access to first screening, first detection,” he said in an interview.

“My research has always been to come up with new technologies that can allow someone to have an eye exam, cheaply, affordably, anywhere, so you wouldn’t need a clinician , because the clinician is probably the most expensive part of the system.”

Toku Eyes, based in Auckland, New Zealand, achieves this through its two products: the first, called THEIA, is an AI platform that can look at eye images, without the need for a clinician, and tell them quickly if they need to see a clinician. The second product is called ORAiCLE and uses AI to recognize minute changes from blood vessels to capillaries to determine the risk of a cardiovascular event, such as stroke or heart attack.

The company, which currently has operations in New Zealand and India and has been used by one million people so far, announced on Monday that it will expand its services to a new market: the United States.

Detecting heart disease through the eyes

While the idea behind THEIA was to providing patients with access to a simple eye health checkup through their primary care physician, the company soon realized it could detect more than conditions such as ddiabetic retinopathy, AMD and cataracts; it could actually detect cardiovascular disease by changes in the blood vessels at the back of the eye.

“These changes are tiny and the clinician’s eye is not trained to look for them in an image, but artificial intelligence can see them. So about a year ago we realized that our AI was only showing us not just eye disease, sometimes it shows us something like eye disease comorbidity,” Vaghefi said.

Whereas ophthalmologists and ophthalmologists tend to only see these changes in the very late stages of the disease, when the problem has already reached the point where it is noticeable, ORAiCLE can detect it early on, years before the disease sets in manifests, meaning the patient can get a head start on the potential problem before it’s too late.

Toku Eyes’ platform is already being used as part of diabetes screening service in the public and private sectors in New Zealand. It is also live in 20 clinics in India with the aim to be in 70 by the end of the year. So far, Toku’s products have been used by around one million people in the two countries.

So far, THEIA has been shown to be 96% accurate in diagnosis, compared to 90% for general ophthalmologists, while ORAiCLE is 25% more accurate in the calculation cardiovascular risk than assessment tools on American Heart Association and Mayo Clinic websites.

In terms of return on investment, Toku has been shown to reduce the cost of testing and increase the capacity of the same clinic by 50% by New Zealand.

Expansion in the United States

While THEIA currently acts as an eye disease diagnostic tool, ORAiCLE is classified as a risk assessment tool (although the company hopes to change this in the next few years). As such, only ORAiCLE will initially be available in the US, as the company is currently seeking FDA approval to also market THEIA, which Vaghefi expects to happen by the end of this year. year.

In the meantime, Toku has entered into partnerships with two companies to help bring its technology to American patients, the first being EyeCheq, a company that installs robotic kiosks at points of sale; the company will integrate Toku’s software so patients can walk into a kiosk and immediately capture an image of their eye.

“Additionally, we can also identify people at high risk for cardiovascular events and then work with that retailer, so the location where the camera is, to see what other services can be provided to that person, including consultation. , supplementation, and education.”

The other partnership is with Unified Imaginga image repository platform that collects images from camera manufacturers. Toku will work with the company to be more a data analysis platform.

“Based on these images, you can tell a lot about this person. So not only could this person be referred, but they could also be connected to these other points, like cardiology or nephrology,” Vaghefi said.

Through these partnerships and more, Toku eyes expects, subject to finalizing regulatory clearances, to be present in more than 1,500 locations across the United States by 2025.

“My day and my night is consumed with who pays. The United States is interesting because there is a CPT code for using AI to analyze eye images. It is a way; this code has been adopted by Medicare and Medicaid, so we’re looking but, at the same time, we think the cardiovascular product is very much a valued insurance or provider product,” Vaghefi explained.

“He can tell an HMO or an insurance company, ‘The overall risk of your population is this and it’s the 5% of your population that’s going to consume 50% of all the costs. If you focus on that population and reduce the incidence rate in that 5% of the population, you’re going to save more than 50% on your entire intervention budget. We think there’s an angle to that. But, one more time, there is a bit of work to be done.”

Make eye care accessible to all

All of this will contribute to Toku’s larger mission, which is to expand access to care and help prevent treatable diseases from turning into something that causes blindness or other serious health problems.

It is for this reason that Toku has deliberately made its software work with any camera, so that anyone can access and use it.

“If it’s not accessible in your Walmart or CVS or something like that, then it doesn’t meet my standards. That’s why we spend a lot of time and effort on our AI which can work with quality inferior, probably inferior technology, camera that a CVS can afford to install on their premises, not the $50,000 camera your ophthalmologist uses, but the $5,000 camera that can fit in your station metro.

In fact, the company eventually plans to allow patients to self-capture images on their own cell phones, which will likely see more widespread adoption due to the increase in virtual care and telemedicine during COVID.

This should finally prevent more people from ending up in the same situation as Vaghefi’s father and losing their sight to a disease that could have been prevented if caught early.

“What bothers me and keeps me going is that my father lost his sight 60 years ago and today the same thing can happen to another person, another child who just doesn’t seem not have access to it. We’ve had 60 years of technological innovation and nothing has changed in health care. That’s what bothers me,” he said.

“It’s about making sure that someone who comes from a low-income family, maybe in a remote place, not a very educated family, still has access to the basic level of health care, that they whether it’s an eye exam or a cardiovascular exam. No one should die, or go blind, because they didn’t have access to a simple check. That’s just not acceptable anymore.