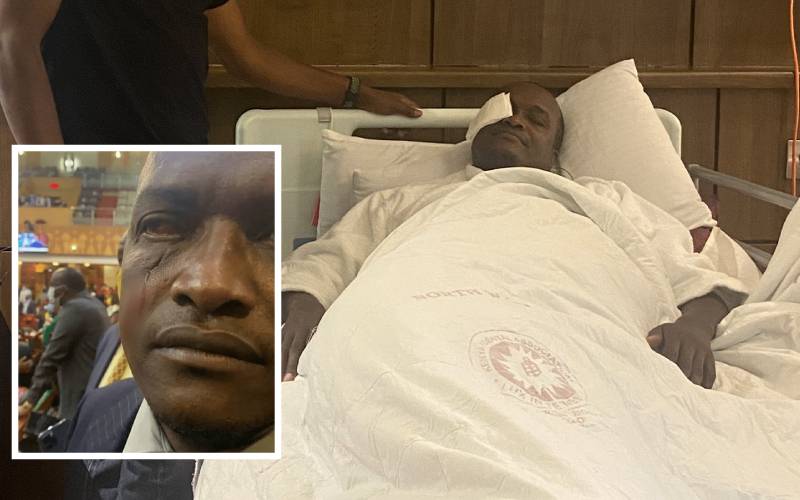 MP Bernard Koros undergoes surgery after being punched in Parliament

According to his friend and colleague, Belgian MP Nelson Koech, a delay in his transport to hospital resulted in serious damage to his cornea and lower eyelid.

â€œThe wound was deep. He is wearing glasses so the punch broke his glasses and some of the shards entered his eyes while others cut his lower eyelid, â€said Koech who visited the Koros this morning.

A photo shared by Koech on social media showed Koros with a bandage on his right eye.

“He’s out of danger,” Koech said. “I’m ashamed that something like this could happen in an honorable house.”

Following the incident, Luanda MP Chris Omulele, who chaired the session, suspended Minority Leader John Mbadi from the House for five days over his alleged involvement in the fight.

Speaking to the press after being kicked out of the House, Mbadi claimed Koros bit his finger after warning him about the vote of an absent MP.

â€œI couldn’t bite him back and decided to respond another way. I was defending myself and the person defending was kicked out, â€Mbadi said.

The bill is expected to be presented to parliament on January 5, 2021.

Motor vehicle tracking and surveillance is nothing new to Kenyans. The competition to install affordable tracking devices is fierce but essential for fleet managers who receive reports online and track vehicles from the comfort of their desks.

Op-Ed: The Me and Us of COVID | Local News I Racine County Eye