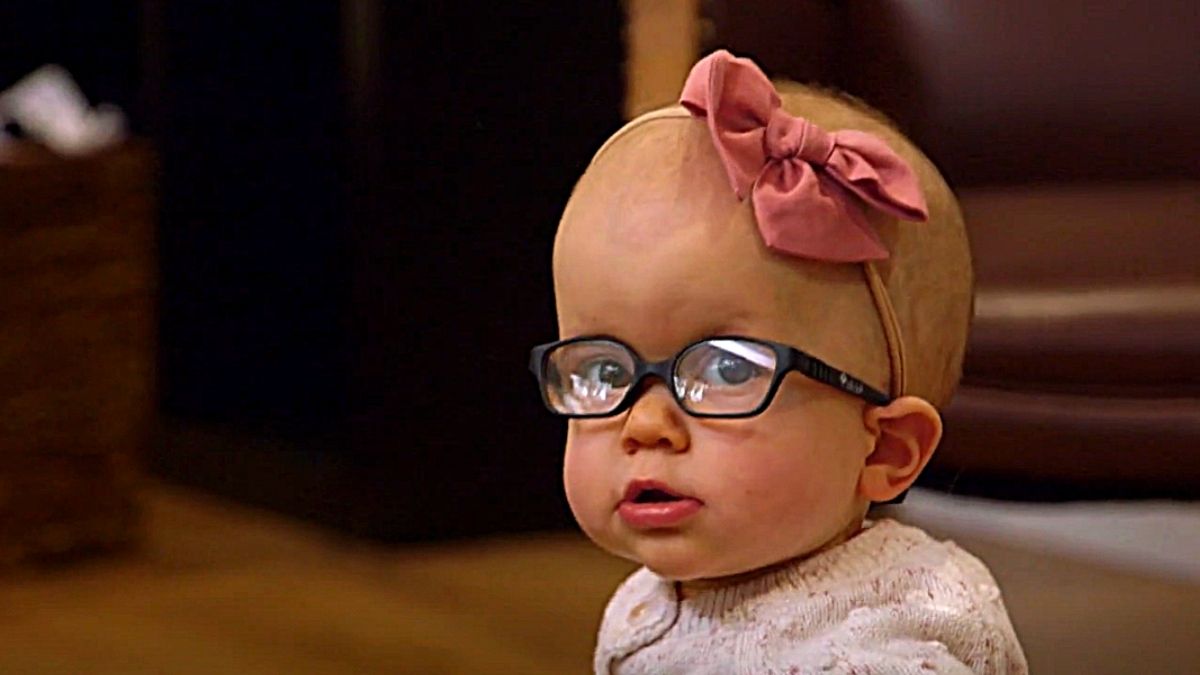 Lilah Roloff may require eye surgery for her squint

Little People Big World stars Tori and Zach Roloff have revealed that their daughter, Lilah Roloff, may require surgery for her squint to correct her vision.

Tori and Zach’s one-year-old daughter, Lilah Ray, suffers from a condition called strabismus, or crossed eyes, which is usually caused by poor muscle control in the eyes. Lilah currently wears glasses and an eye patch to correct her vision

Viewers watched this season as Lilah received her first pair of glasses, which Tori wasn’t initially thrilled with because she didn’t think they would be “cute.”

But Lilah started wearing glasses like a seasoned pro, and even allows her parents to place eye patches over her affected eye to help her focus and perceive depth.

SPOILERS! Amy Roloff, matriarch of Little People, Big World, and her fiancÃ©, Chris Marek, have officially moved to their wedding venue: Roloff Farms! â  ðŸ‘°â€â™€ï¸ðŸ¤µâ€â™‚ï¸
â
The couple have been traveling back and forth to a venue, having struggled to secure one in time for their Aug. 28, 2021 nuptials. Catch up with the LPBW couple – including why they finally settled on Roloff Farms – on our #linkinbio!
â
(ðŸ“¸: TLC) â
—————- â
#LPBW #littlepeoplebigworld #weddingvenue #amyroloff #chrismarek #wedding # engaged #upcomingnuptials #realitytvcouple #reality #tv #realitytv #realitytvfamily â  # explorepage #familyfarm #farmwedding #LPBspoWspoilers # …

“Lilah has a squint, so she’s wearing glasses to help realign her eyes.” And now she also has to wear an eye patch for an hour a day, hoping to correct the turning of her right eye inward, â€Tori explained in a recent episode.

Lilah stood still like a big girl while Tori applied her temporary eye patch, and Daddy Zach encouraged her to behave by saying, â€œGood job, Lilah! “

Lilah’s condition is not “super serious”, but it could eventually require surgery.

Tori explained that Lilah’s condition isn’t too worrying, but it could mean surgery down the road for the toddler.

â€œI mean, squint is not a very serious situation,â€ Tori explained to viewers, â€œThey monitor her every three months. We take her and just because they don’t want her depth perception. be disturbed, because one eye is turned in. That’s really the only concern at this point.

Zach added what he noticed about Lilah’s vision. â€œI notice a difference when it’s over long distances. If she’s over there looking at me, I notice it. Up close it’s not that bad, â€Zach noted.

Tori has noticed that when Lilah is tired or concentrating on something at a long distance, it is usually when she is “squinting.”

â€œI think she’s probably going to need surgery,â€ Tori told Zach, after noticing Lilah’s condition had worsened. â€œIf she has to have an operation, it’s a super fast operation. They come home the same day, so who knows? We’ll see what happens.”

Tori and Zach have faced several health issues with their children, both of whom are achondroplasia dwarves. Their son Jackson, 4, is due to have leg surgery in the future to correct the curvature of his legs.

Despite the potential health issues they will face having two children who are tiny people, Tori and Zach still hope to add another baby Roloff to their family.

After suffering a devastating miscarriage earlier this year, Tori and Zach want a Rainbow Baby to join siblings Jackson and Lilah.

Little People, Big World airs Tuesdays at 9 / 8c on TLC and Discovery Plus.

How to protect your eyes from the sun