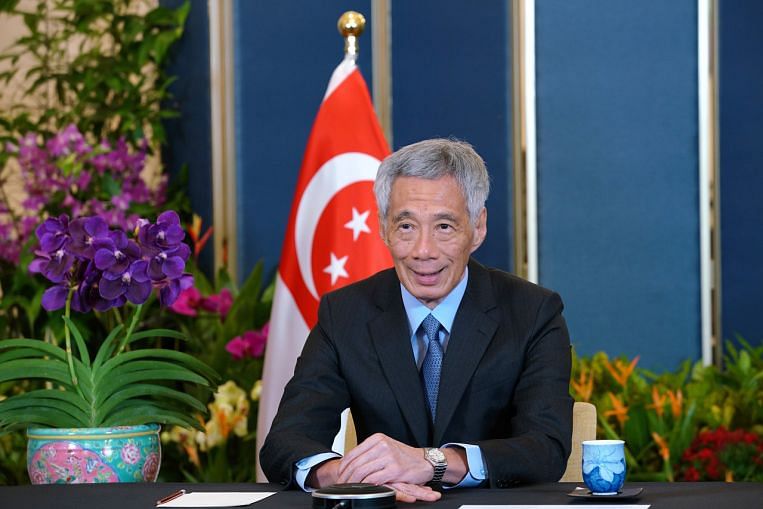 SINGAPORE – Even as the world community tackles the humanitarian problems in Afghanistan, it should not overlook the security concerns that motivated the international intervention in the first place, Prime Minister Lee Hsien Loong said on Tuesday (October 12th).

“I hope the new situation in Afghanistan will not once again lead terrorist organizations to use it as a secure base to inspire, build and train groups throughout the region and beyond,” he added. .

â€œI also hope that Afghanistan will have a government that will work with the international community to rebuild the country and contribute to peace and stability in the region.

Prime Minister Lee was speaking virtually at the Special Group of 20 (G-20) Leaders’ Meeting on Afghanistan, which focused on topics such as humanitarian aid and security, following the military withdrawal of the United States from the country.

Leaders of the world’s major economies, including US President Joe Biden, attended the meeting on Tuesday evening. It took place days after the United States concluded its first face-to-face talks with the Taliban over the weekend.

Mr Biden announced in April that US troops would begin their withdrawal in May, with Taliban fighters launching a series of attacks in the following months. On August 15, the Taliban entered the capital Kabul, even as the United States evacuated diplomats by helicopter and residents stormed the airport in the hope of leaving the country.

In his speech, Prime Minister Lee recounted how Singapore discovered a terrorist group – Jemaah Islamiyah – with a common ideology and direct ties to Al Qaeda in Afghanistan, just after the September 11, 2001 attacks.

The group had planned several truck bombings against targets in Singapore.

“Extremist terrorism knows no borders,” he said. “Therefore, Singapore has treated terrorism and the situation in Afghanistan as a common international security issue.”

“We are grateful to our ISAF partners for maintaining security in Afghanistan and for preventing terrorist groups from using Afghanistan as a safe haven for these long 20 years,” Prime Minister Lee said.

“Despite this, and despite the active counterterrorism efforts of Southeast Asian governments, until today, terrorism remains a real and continuing threat to security in Southeast Asia. . “

Prime Minister Lee acknowledged that the current situation in Afghanistan is “fragile and difficult”, with the immediate priority being the safety and security of all civilians there.

Singapore supports the efforts of the G-20 to work with regional and international organizations, including the United Nations, to provide humanitarian assistance to the Afghan people, he said.

“As a small city-state, Singapore is happy to have played a modest role,” he added, noting that the country has deployed an A330 multipurpose tanker transport aircraft to aid in evacuation operations by carrying evacuees from Qatar to Germany.

Lee added that he hoped all parties concerned would refrain from violence and muster the political will to quickly reach an agreement on the way forward, through peaceful and inclusive negotiations.

“It won’t be easy, given the diversity of the Afghan people and culture, the vast and difficult terrain, and the weight of its history.”