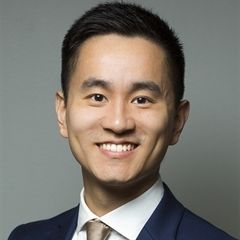 The burden of treatment continues to have a major effect on the quality of life and psychosocial well-being of patients receiving intravitreal injections (IVI) for retinal disease.

In the results of the QUALITII survey, a 50-item survey that established treatment load scores (TBS) based on 9 items examining the load received by patients, a team of investigators reported that patients with diabetic macular edema (DME) or diabetic retinopathy (DR) reported the greatest burdens of their injection therapies.

The survey, provided to 4 retina clinics in 4 states for data presented at the 2021 American Society of Retina Specialists (ASRS) Scientific Meeting this weekend, also showed that patients’ adherence to their IVI therapy was associated with a decrease in anxiety.

“IVIs are the basic treatment for multiple retinal exudating diseases and often require an indefinite course,” they wrote. â€œA deep and quantitative understanding of the burden at the patient level can inform approaches to improving the patient experience that will ultimately result in optimized clinical outcomes. “

Wang and colleagues concluded that a majority of patients reported problems with their IVV treatment, with an association observed between an increased treatment rate and increased restriction of usual activity.

“The TBS was highest for patients with DME / DR, which could be due to increased physical / psychosocial load, younger age, and increased out-of-pocket expenses that many diabetic patients incur,” they noted.

The study, â€œResults of a Multicenter Survey to Measure Treatment Burden: Questionnaire to Assess Life Impact of Treatment by Intravitreal Injections (QUALITII)â€, was presented at ASRS 2021.