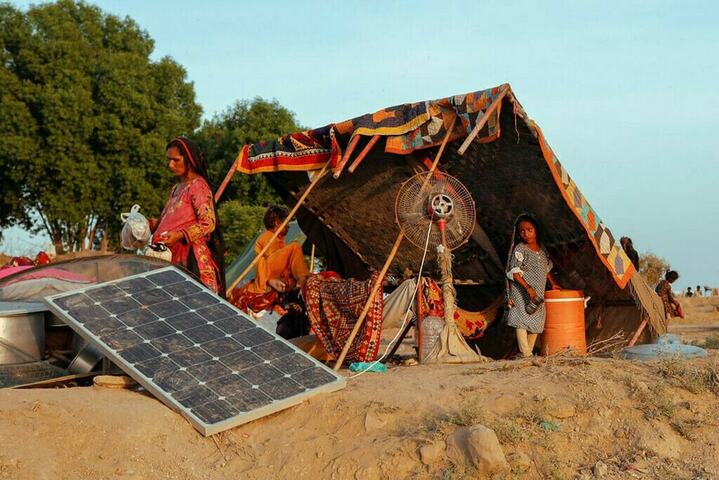 The International Monetary Fund (IMF) expressed its sympathy for the millions of flood victims in Pakistan and said it would work with other members of the international community to support relief efforts and reconstruction of the authorities.

In a message to the media on Sunday evening, Resident Representative in Pakistan Esther Pérez Ruiz said the IMF was deeply saddened by the devastating impact of the floods in Pakistan.

“Our sympathies go out to the millions of flood victims,” she said.

“We will work with other members of the international community to support, under the current programme, the authorities’ relief and reconstruction efforts, and in particular their continued efforts to assist those affected by the floods while ensuring sustainable policies and macroeconomic stability”.

Unprecedented floods in Pakistan, which have submerged large swathes of the South Asian nation, have killed more than 1,500 people, as authorities seek to step up relief efforts for the millions affected by the disaster.

The devastation comes as Pakistan remains in an IMF bailout program, which was only relaunched after approval by the lender’s board late last month.

However, with the massive destruction from the floods, many believe that the authorities will have to focus their efforts on flood relief, while putting the reforms promised with the IMF on the back burner.

The IMF announcement also comes after the World Health Organization (WHO) sounded the alarm over a ‘second disaster’ following the deadly floods in Pakistan in the form of a new wave of diseases. and death.

“I am deeply concerned about the possibility of a second disaster in Pakistan: a wave of disease and death following this disaster, linked to climate change, which has severely affected vital health systems, leaving millions of people vulnerable,” said WHO Director-General Tedros Adhanom Ghebreyesus. , said Saturday.

“The water supply is interrupted, forcing people to drink unsafe water,” he said. “But if we act quickly to protect health and provide essential health services, we can significantly reduce the impact of this impending crisis.”

The WHO official also warned that health workers in Pakistan were being stretched over the edge as they did all they could to provide essential services amid the destruction.

“Nearly 2,000 health facilities were totally or partially damaged,” he said.

On the other hand, waterborne diseases have spread on a large scale all over Pakistan, as flood-affected areas are now facing not only the spread of malaria and dengue, but also gastro, to diarrhea and skin diseases due to stagnant rainwater.

According to information collected by company registrar from other parts of the country, stagnant flood waters have created an epidemic-like situation, as waterborne diseases are increasing rapidly in flood-affected areas, especially among children. Two girls have died of gastroenteritis in Khairpur district, Sindh, according to the Sindh health department, while many children are suffering from gastroenteritis and malaria.

According to the health department, cases of gastrointestinal and respiratory diseases, dengue fever, malaria and diarrhea are on the rise.

Addressing the SCO Council of Heads of State (CHS) meeting in Samarkand on Friday, the prime minister said the devastation of the floods in Pakistan had displaced millions of people.

“This is a disaster of proportions unknown to the people of Pakistan and of course the whole world,” the prime minister said.

“With your support, we will fight. These devastating floods in Pakistan are most definitely induced by climate change,” he noted.

Flooding from record monsoon rains and melting ice in the northern mountains affected 33 million out of a population of 220 million, washing away homes, transport, crops and livestock with estimated damage at $30 billion.

Pakistan received 391 mm (15.4 inches) of rain, nearly 190 percent more than the 30-year average, in July and August. This figure rose to 466% for one of the most affected regions, the southern province of Sindh.

What is the rare eye disease she was born with?