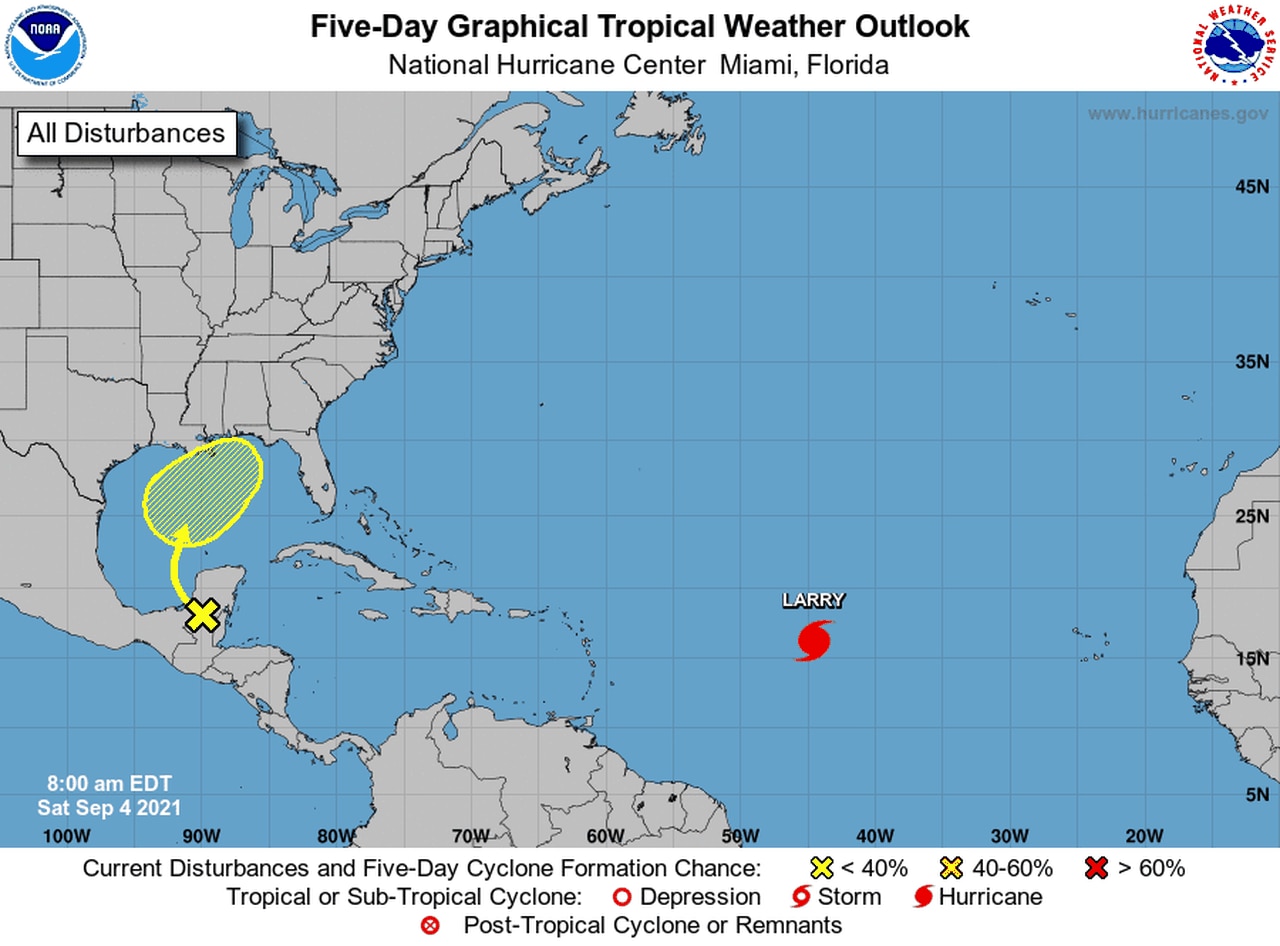 Could there be tropical unrest in the Gulf of Mexico next week?

There’s a slim chance, according to the National Hurricane Center.

Forecasters were tracking two systems on Saturday morning: Category 3 Hurricane Larry in the central Atlantic, which does not threaten the Gulf, and a tropical wave over the Yucatan Peninsula in Mexico.

It is this wave that those along the Gulf Coast will want to watch.

According to the hurricane center, it was unlikely to become a tropical depression in the next five days, at 30%.

It is expected to enter the Gulf of Mexico on Sunday and then head north, where it could impact the northern Gulf Coast later next week.

There is good news: the hurricane center said conditions should not be favorable for its staging this weekend and Monday.

Forecasters added, however, that conditions could improve a bit on Tuesday and Wednesday.

Mobile’s National Weather Service was monitoring the system and said it would not affect the bank holiday weekend.

This could increase the chance of rain on the coast later next week, as well as the risk of reverse currents.

Larry is expected to strengthen further and could become a Category 4 hurricane today or tomorrow over the central Atlantic.

Larry is not an immediate threat to land, but could move near Bermuda by the end of next week.

At 4:00 a.m. CDT Saturday, Hurricane Larry was located about 1140 miles east of the Leeward Islands and was moving west-northwest at 16 mph.

Larry generates waves that could reach the Lesser Antilles on Sunday, the Bahamas and Bermuda on Monday and Tuesday and the east coast of the United States after Labor Day.

Immediate agreement between optometrists, the province out of sight