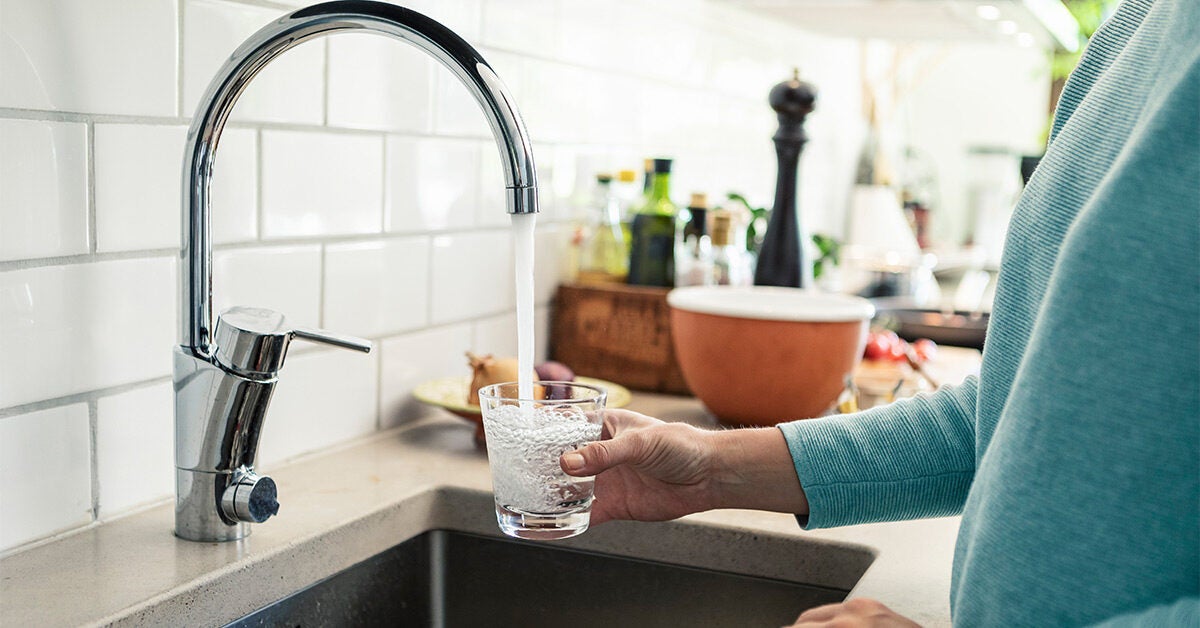 The Environmental Protection Agency (EPA) on June 15 issued drinking water health advisories for four man-made pollutants known as “eternal chemicals,” saying two of them can impact health even at levels close to zero.

Known as these toxic chemicals are used in products such as non-stick cookware, food packaging, clothing, furniture and adhesives.

Chemicals don’t break down easily, so they can stay in the environment for years and build up in fish and wildlife.

The EPA also announced that it would make available $1 billion in grants under the Biden administration’s recent infrastructure act to help communities reduce PFAS in drinking water.

Funds can be used to cover the cost of technical assistance, water quality testing and installation of centralized treatment systems.

The EPA updated the advisory levels for two of the chemicals – perfluorooctanoic acid (PFOA) and perfluorooctane sulfonic acid (PFOS) – based on the latest scientific data and also taking into account the lifetime exposure. These replace the EPA levels published in 2016.

The new advisory levels indicate that these chemicals can cause negative health effects even when the amount in drinking water is close to zero. This is also below the level at which the EPA can currently detect them.

Manufacturers have voluntarily stopped using these two chemicals in most cases, although there are still some ongoing uses, the EPA said in its statement.

PFAS are found in a variety of items and locations. These include food packaging, household products, dust, fire extinguishing foam and personal care products.

Because PFAS remain in the environment for a long time, they continue to be a health concern even after they are no longer used.

The EPA warns that PFAS can be found in fish from PFAS-contaminated water and dairy products from livestock exposed to PFAS.

The agency also introduced advisory levels for the other two chemicals – perfluorobutane sulfonic acid and its potassium salt (PFBS) and for hexafluoropropylene oxide dimer acid (HFPO) and its ammonium salt. (“GenX” chemicals).

Schaider said tackling these four chemicals is an important first step, but the EPA needs to do much more to protect drinking water.

This fall, the EPA plans to move forward with regulating PFAS, a step that has never been taken before.

In the meantime, drinking water health advisories will provide state, local, and tribal agencies with information on addressing PFAS contamination in drinking water.

The agency recommends that utilities and agencies monitor levels of PFAS in drinking water, take steps to reduce this contamination, and notify residents of their exposure.

People concerned about PFAS levels in their drinking water can take steps to reduce their risk, such as installing a household water filter, the agency said.

If you have a well, you can also test to make sure PFAS hasn’t accumulated in the water.

Additionally, the EPA has information on how to avoid eating fish from waterways that contain PFAS.

As the EPA moves forward in its process of developing rules for PFAS drinking water levels, the agency will also consider factors such as the feasibility and cost of chemical detection. , Schaider said.

As a result, “I guess the standard will eventually be a bit higher and more in line with the standards that have been set by some US states,” she said.

“But it’s a very strong statement [from the EPA] that these chemicals are highly toxic.

Additionally, “it will lead to more water systems being tested and provide support for states that have enforced standards and guidelines that are stricter than the current EPA guidelines.”

The American Chemistry Council, an industry group, said in a statement that the EPA issued the drinking water health advisories before the agency’s science advisory board completed its review of the science. .

The group expressed concern that the process used by the agency is “fundamentally flawed”.