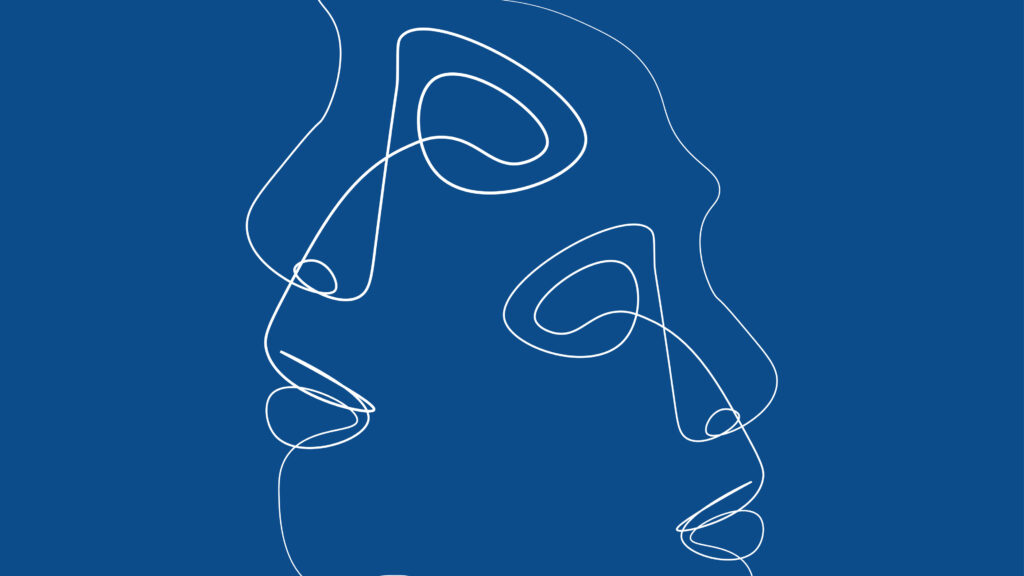 Doctors, Mental Illness and the Problem of “Overtaking”

MThe patient is seated with her back hunched over, her eyes fixed on the taupe industrial rug as if fervently avoiding Medusa’s gaze. She talks to me about the depression that marked her life, turned her career upside down, infiltrated her relationships. She tells me about the drugs she tried that â€œfailedâ€, as if the patients were failing the drugs and not the other way around. She tells me about lovers and friends who got exhausted and fell into the water. In short, she tells me about the loss, shame and hopelessness that comes with living on the edge in an experiential war zone.

And as she speaks, she doesn’t know that all of this is terribly, strangely familiar to me.

I have spent the past two decades living a double life. Externally, I am a psychiatrist – I have worked in hospitals, clinics and in private practice. Internally, I have often struggled with despair and depression. During my residency, I spent several days wondering who was more depressed, my patient or myself. On tours and staff meetings, I have spoken about mentally ill patients in a professional manner, as if the experiences of hopelessness, isolation, shame and regret don’t reverberate through me.

Most of my 20-year battle with depression, which was littered with lost jobs and relationships and strewn with unpleasant experiences like hospitalizations and electroconvulsive therapy (ECT), is a thing of the past. I no longer go to the grocery store to buy a banana and a pot of yogurt because the future seems uncertain. Yet every time I speak with a patient with ECT or ketamine or any of the many medications I’ve tried personally, every time I sit with someone who is deeply depressed, my experience is seems very close to me.

Erving Goffman, a sociologist who has studied models of hierarchy and relationships between groups of people, would have described my experience as “fleeting.” In “Stigma,” in his 1963 seminal book, Goffman identified the ways in which those who have “unwanted attributes” experience interactions with individuals lacking those attributes. Goffman’s subjects varied widely, from those with physical differences, character flaws (people who had been incarcerated, people with mental illness, etc.), and those of a race or religion different from the norm. cultural. Goffman’s genius was that his work was completely straightforward: it included an indictment against the effects of discrimination without ever using the language of social justice. As Goffman wrote: â€œBy definition, of course, we think that the person being stigmatized is not quite human.

Goffman made an important distinction between those whose difference was visible or discernible and those for whom it was hidden; the â€œdiscreditedâ€ versus the â€œdiscreditedâ€. To some extent, the problems encountered by these groups diverge. The person with an invisible stigma attribute is constantly afraid of being exposed. The individual acquires, like me, a double life: there are those who know the undesirable state of the person, and those who do not.

It becomes essential for the afflicted individual to keep these groups separate and to protect his secrecy in society at large. Goffman defined such a precarious and busy existence as “transient”. As he noted, the effort to pass constantly induces a certain tension.

Mental health professionals often tell people that it is okay to have a mental illness. Illness is illness, or the product of traumatic experiences, or both, depending on your particular side – in any case, it is not the patient’s fault. And yet clinicians fervently maintain their own history of mental illness. One of my doctor patients goes to another city to fill prescriptions so that he is not recognized as a doctor by the pharmacist. Another asks me to provide her with drug samples so that her insurance company is not informed of her psychiatric drugs.

If doctors curl up at the thought of revealing a diagnosis of mental illness, how can we expect patients to lift their heads?

During the pandemic, I decided to start participating in a peer supervision group with other psychiatrists in my area. The group meets monthly to discuss clinical and administrative issues in private practice. A Zooming person, I’ll call him Dr. A., worked in a private mental hospital where I was hospitalized 15 years ago. I had trained with him in residence years before; in fact, since I was a year early, I had supervised him in the inpatient unit.

If doctors curl up at the thought of revealing a diagnosis of mental illness, how can we expect patients to lift their heads?

I had seen a second doctor on call, Dr B., while looking for a new therapist several years ago. Although we decided not to work together, he knew enough about my psychiatric history.

As I faced Drs. A. and B. on the screen, I felt my heart race and sweat collecting on my neck. I was embarrassed to speak and my appearance. The two were looking at me, over Internet security, with huge smiles plastered on their faces. My daughter, who knows Paul Ekman work on micro-expressions from the family TV series “Brain training games,” would have called those fake smiles.

During the meeting, we talked about our practices, who specializes in what, who accepts patients and who does not. In other words, clinical discussion. Neither Dr A nor Dr B asked me how I was or acknowledged in any way that they knew “my secret”.

Of course, it would have been inappropriate for any of them to say, â€œSo, Susan, how’s the depression going? “Or” Have you been hospitalized recently? Yet I also felt forbidden to acknowledge my previous encounters with them.

After the meeting ended, I first felt relief, then shame, then anger. I was ashamed to remember my past history and I felt angry that I had to be ashamed, that I was not allowed to be seen fully, as a psychiatrist who was also a patient. I felt that if I had recognized my story, those fake smiles would have become even wider and mocked. Because doctors aren’t supposed to cross that line: we’re not supposed to become patients.

My first class in medical school, like that of so many students, was human anatomy. At the end of the course, I published an essay on the implications of anatomy as a first introduction to medical education. I argued there that by dissecting the corpse, by objectifying a human body, medical students are inducted into the society of physicians and that the anatomy lesson is essentially a lesson in pride.

I added, however, that a second lesson is, in fact, the opposite: humility. Holding the corpse’s hand, I thought he must have held a trowel, a child’s hand, or a pen a thousand times. The body we were dissecting belonged to an elderly woman. She was strewn with cancer and yet there was still remnants of pink nail polish on her nails. Even though she was dying, she still wanted to paint her nails. It is impossible not to be humbled by the complexity of the human body and the strength and persistence of the human spirit.

I want to differentiate compassion from humility. There has been a lot of talk about the lack of compassion in medicine, all of this is fully justified. But compassion involves recognizing the distress of others and wanting to alleviate it. Humility is the recognition that there, but for the grace of God or neurotransmitters, you go. Compassion breeds concern; humility also breeds respect.

It seems to me that somewhere in medical training, during the exhausting hours of boarding school and residency, or later during years of practice, many physicians lose sight of the principle of humility. We speak in code and refer to patients by their disease identity, such as “Ms. X. is a 56 year old diabetic with peripheral neuropathy”, instead of by their actual identity as a teacher, musician or housewife. . In fact, the ability to be succinct and to use as many medical words as possible, instead of normal words, is instilled in young doctors on tour.

We lose sight of or deny our own fragility and susceptibility to disease. Our patients see us intact and invulnerable, and this illusion becomes part of our own consciousness. As I wrote in my anatomy essay, physicians draw a metaphorical line in the sand and expect death – or disease, or infirmity – to respect it.

Doctors are notoriously bad at seeking treatment for physical and mental health problems. In one 2016 study of more than 2,000 female doctors, almost half said they thought they had suffered from a mental illness and had not sought help for it. Common reasons doctors give for not seeking care are concerns about licensure, concerns about career advancement, and stigma among their peers. To emphasize one point, these doctors are passing through.

I believe the fault is not with the licensing boards or the hospital administrators, but with the culture of medicine. I suspect that the people drawn to medicine as a career are exactly those with the greatest fear of death, weakness, or vulnerability. What better way to ward off them than by stuffing yourself with knowledge about the body and defining yourself as a caregiver?

Goffman’s book predates the Civil Rights Act, the women’s movement, the Americans with Disabilities Act, and the suppression of homosexuality as a mental disorder in the Diagnostic and Statistical Manual of Mental Disorders. We have become aware of some stigmas more than others, which does not mean that we have eliminated any of them. It seems to me that the stigmas die hard, and perhaps one of the most lasting is that of people with mental illness.

I hope that in my lifetime it will no longer become necessary to be successful in order to be part of a professional group, as I did in the peer coaching group. I hope that doctors who have suffered from mental illness can seek help and share their perspectives without fear of being judged or ostracized. I hope doctors can embrace our fragility and humility and our knowledge and power.

I believe it is necessary that we do this, not only because we owe it to ourselves and our peers, but because we owe it to our patients not to see them as belonging to a different class from the our. Until then, we basically treat people with mental illness as â€œothersâ€ – in Goffman’s vocabulary, as â€œnot quite humanâ€ – and give them fake smiles instead of real ones.

Susan T. Mahler is a psychiatrist in private practice and the mother of two preteens.

A new vision for the town hall | News, Sports, Jobs

The misfortunes of the summer garden are growing