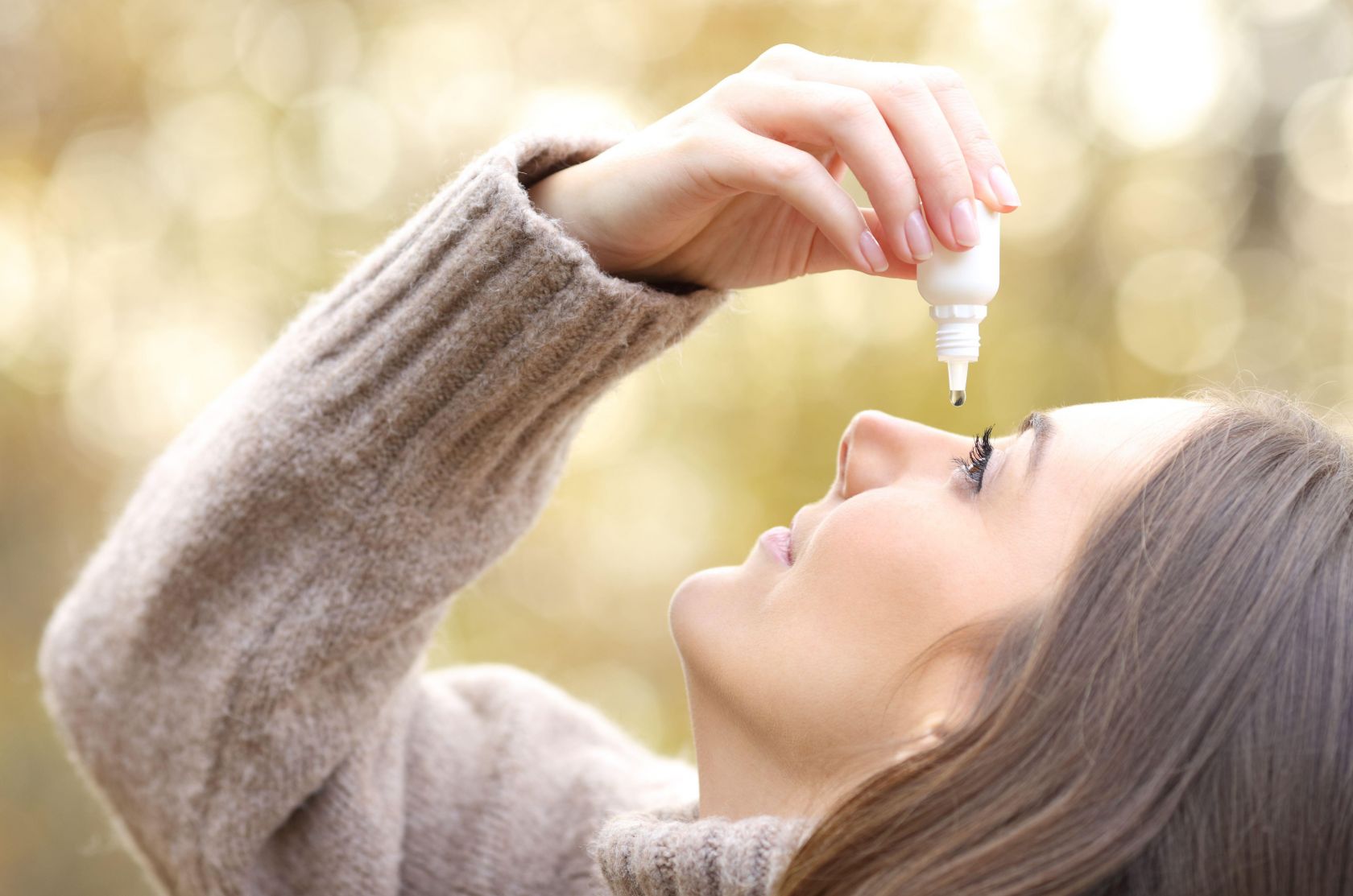 Do you have sore and rough eyes? You could have dry eye syndrome,

Do your eyes sometimes feel dry, itchy, or rough, especially when looking at a screen? You could be one of the millions of people with dry eye syndrome.

New research estimates that up to six in 10 adults suffer from dry eye – a condition believed to have increased during the pandemic as people spend more time on screens, which is associated with the syndrome.

“If the problem is really serious, dry eyes can cause blurry vision, due to the mucus that is not washed away by the tears,” says consulting eye surgeon Badrul Hussain, who works at Moorfields Eye Hospital in London. .

Here, Hussain and Marchetti explain what causes dry eyes and how to treat them …

What is dry eye syndrome?

Every time we blink, tiny glands in the eyelids release a thin layer of tears made up of three layers (oily, watery, and mucous) to coat the surface of the eye (the cornea) and provide it with nutrients. But if the tears are insufficient, are not of sufficient quality, or do not spread properly on the eye, the eye becomes dry. Those tiny, dry patches will be uncomfortable and irritated every time you blink.

What are the symptoms of dry eye?

Experts say symptoms, which can occur in one or both eyes, can obviously include a feeling of dryness in the eye, as well as stinging, redness, a feeling of grain in the eyes, difficulty. to wearing contact lenses, blurred vision and even – oddly – watery eyes, which are the body’s natural response to dry eye irritation.

â€œThe symptoms of dry eye are a particular problem for contact lens wearers,â€ explains Marchetti, â€œthree quarters say they suffer from it. “

Dry eyes are caused by many different things, Hussain explains, including certain medical conditions like rheumatoid arthritis or SjÃ¶gren’s syndrome (which affects the moisture secreted by the body), surgery or eye trauma, infection. or inflammation of any of the glands around the eye, or an infection of the roots of the eyelashes (blepharitis).

Aging also increases the risk of having dry eyes, as Marchetti says from middle age the body produces less hyaluronic acid, which is important for retaining moisture in the eyes. Hormonal changes during menopause and regular use of certain medications, including antihistamines, antidepressants, and diuretics, can also affect the amount of moisture in the eyes, she says.

Hussain says, â€œSome people don’t cry enough because they have health problems that affect the production of watery secretions, like Sjogren’s syndrome or other autoimmune diseases. But dry eye due to such a medical condition is not as likely as evaporative dry eye, which can occur when the oily layer of the tear film is not as good and is by far the most common reason. dry eye. It can happen as we get older – as we get older a lot of things don’t work as well and there may not be enough tears.

How to treat dry eye?

Hussain says that luckily most people don’t have severe dry eye, and many will be able to put their eyes at ease by regularly putting on lubricating drops, which are available over the counter at drugstores.

â€œIt’s about getting the right treatment when you’re having trouble,â€ he says. â€œUse some type of lubricating tears regularly. To use an analogy, if you water a houseplant regularly, it keeps it glowing and green. It’s the same with your eyes – if you put the drops on regularly, it will keep her moist and healthier.

“For most people dry eye is a nuisance, but not something that’s going to have a huge effect on their life – for a lot of people it’s going to the pharmacist and getting lubricating drops and putting them four or four. five times a day, or more if needed If you experience worrying symptoms or changes in symptoms, accompanied by severe pain, you should see a general practitioner or optician.

For severe cases of dry eye, steroid drugs may be prescribed or other eye drops that can help increase tear production. Rarely, an autologous serum may be prescribed – these are drops made from a patient’s own blood, which is spun to separate the serum it contains from the rest of the blood. The serum is then mixed with saline solution and given to the patient as eye drops.

Additionally, for severe dry eyes, Hussain says tiny plugs, called tear plugs, made of collagen or plastic, can be inserted into the tear ducts in the lower eyelid to prevent tears from flowing out. â€œOr there is surgery to shut them down permanently,â€ he says. “But that’s not something we would do first-line – the surgery and autologous serum are for people with severe dry eyes, who are unresponsive to lubricating drops and steroid drops.”