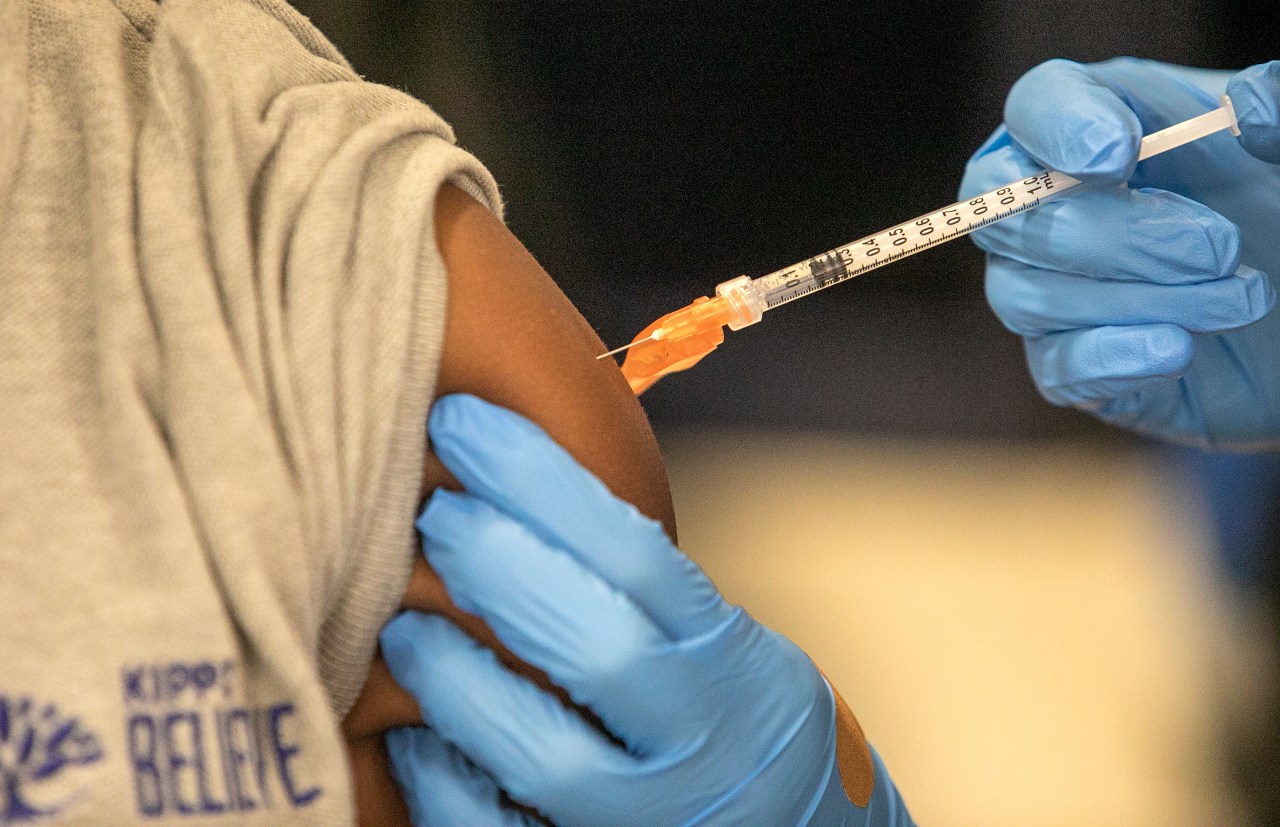 COVID vaccines unlikely to cause rare inflammation in children: US analysis

COVID-19 vaccines are unlikely to trigger a rare inflammatory disease linked to coronavirus infection in children, according to an analysis of US government data released on Tuesday.

The condition, officially known as multisystem inflammatory syndrome in children, involves fever and symptoms affecting two or more organs and often includes stomach pain, rash or bloodshot eyes. It is a rare complication in children who have had COVID-19 and very rarely affects adults. The condition often leads to hospitalization, but most patients recover.

First reported in the UK in early 2020, it is sometimes mistaken for Kawasaki disease, which can cause swelling and heart problems. Since February 2020, more than 6,800 cases have been reported in the United States, according to the Centers for Disease Control and Prevention.

As part of COVID-19 vaccine safety monitoring, the CDC and the U.S. Food and Drug Administration have added the condition to a list of several potential adverse events of particular concern. A few reported cases in people with no detectable evidence of coronavirus infection prompted researchers at the CDC and elsewhere to undertake the new analysis, which was published Tuesday in The Lancet Child & Adolescent Health.

The possibility that vaccines could somehow trigger the disease is only theoretical and the analysis found no evidence that this is the case, said co-author Dr Buddy Creech, a specialist in pediatric infectious diseases at Vanderbilt University which is leading a study of Moderna injections in children.

“We don’t know what the exact contribution of the vaccine is to these diseases,” Creech said. “The vaccine alone in the absence of a previous infection does not appear to be a significant trigger.”

The analysis involved surveillance data for the first nine months of COVID-19 vaccination in the United States, from December 2020 through August 2021. During this period, the FDA cleared Pfizer’s COVID-19 injections for 16 years and over; extended this in May to 12 to 15 year olds; and Moderna and Johnson & Johnson shots permitted for ages 18 and older.

More than 21 million people between the ages of 12 and 20 received at least one dose of the vaccine during this period. Twenty-one of them subsequently developed the inflammatory condition. All had received injections from Pfizer, according to the analysis. Fifteen of the 21 had laboratory evidence of a previous COVID-19 infection that could have triggered the disease.

The other six had no evidence of a previous infection, but the researchers said they could not definitively conclude that they had never had COVID-19 or another infection that could have led to the inflammatory state. Children with COVID-19 often show no symptoms and many are never tested.

The results suggest that the inflammatory condition may occur after vaccination in 1 in 1 million children who have had COVID-19, and in 1 in 3 million who have no detectable evidence of previous COVID-19 infection. .

Most children who have had COVID-19 do not develop the disease post-infection, but it is estimated to occur at a significantly higher rate than these two figures post-vaccination. From April to June 2020, the rate was 200 cases per million among unvaccinated infected people aged 12 to 20 in the United States

“Their findings are overall quite reassuring,” wrote Dr. Mary Beth Son of Boston Children’s Hospital in a commentary accompanying the study.

Dr. Adam Ratner, a pediatrician-researcher at New York University Langone Health, said the results show it’s “super rare” for the injections to trigger an immune response that can lead to the inflammatory condition. In contrast, there is strong evidence that vaccination protects children against COVID-19 as well as the disease, Ratner said.