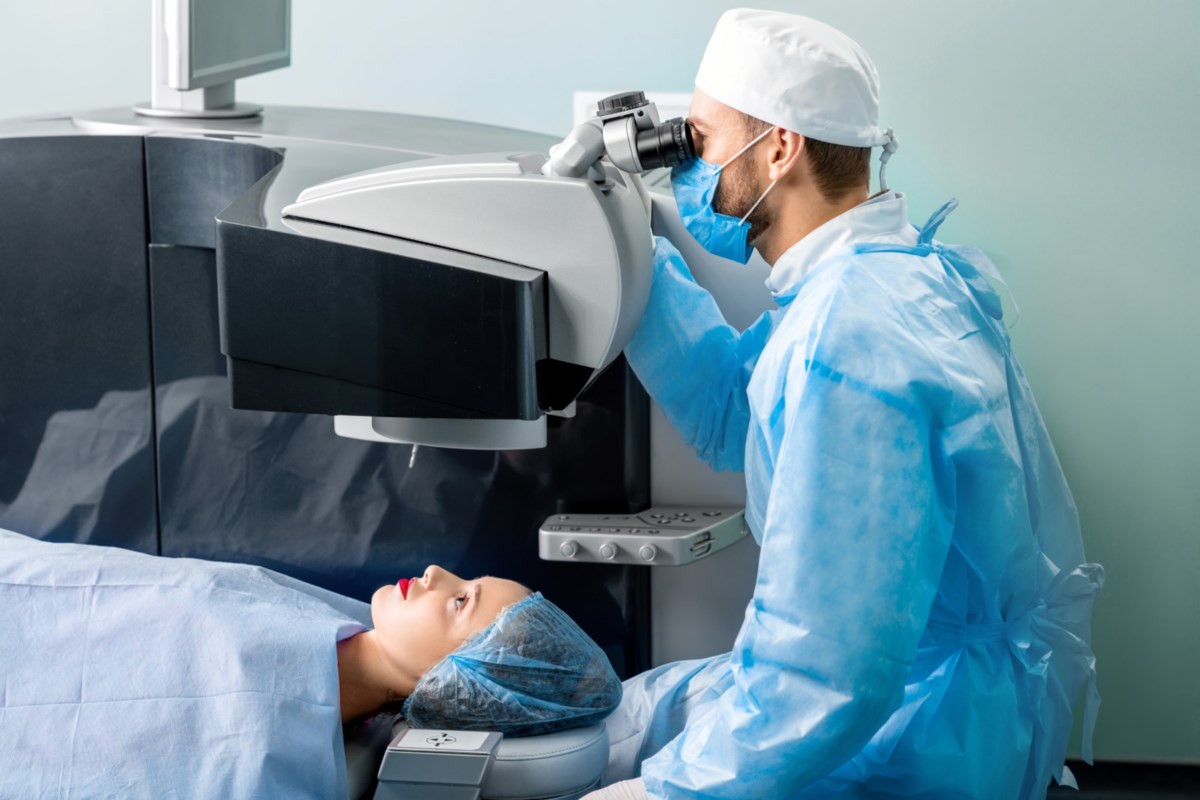 Jacques was a very active retiree. It ended one November morning when her life was suddenly turned upside down. When he woke up that day, he couldn’t see with one eye. Panicked, he came to see me right away.

Jacques had been diagnosed with age-related macular degeneration (AMD) a few years earlier. His condition was stable, but now he has suddenly progressed to the most severe form of the disease, â€œwet degenerationâ€. This stage is characterized by the sudden development of a network of new blood vessels that seep into the deep layers of the retina, causing rapid loss of functional vision in the affected eye.

An urgent referral to ophthalmology is made in such cases, since the window of opportunity for treatment is narrow. Immediate treatment usually gives the best prognosis. Jacques managed to get treatment within a few days.

The ophthalmologist gave her intraocular injections of medication, but this only slightly improved her vision. Jacques was depressed and his anxiety was increasing. He felt useless and had lost considerable autonomy.

The loss of an eye is a traumatic event, regardless of the age of the patient. While the significant negative psychological effects are well documented for older patients, recent publications also report the same negative consequences in younger populations.

For example, the rate of depression is six times higher in people with significant vision loss than in the general population (25% versus 4%).

So what can we do to help Jacques? We cannot promise that his vision will be fully restored. Although injection treatments can be effective, the basic degeneration will not go away. The best option for Jacques is to refer him to a visual impairment rehabilitation center where he will receive help from various professionals.

In this center, he will be seen by specialists trained to treat visual impairment and its repercussions on the lives of people who suffer from it and on those around them. Understanding this reality is the first step in helping patients meet their needs.

The next step, after providing psychological support to Jacques, is to optimize his visual condition. Low vision optometrists may order optical aids to help James regain some of his visual function, including magnifiers, vision aids, and specialty glasses that can be provided by a government program designed for this purpose.

Visual impairment rehabilitation (VIR) specialists trained at the School of Optometry of the University of Montreal (the only institution in Canada that offers a master’s program in VIR), can then help Jacques learn new strategies to lead. to his daily activities. Specialized educators can help him use a computer and specific software. As needed, orientation and mobility specialists teach visually impaired people how to orient themselves and move around safely, whether on the street or in unfamiliar surroundings.

A social worker, aware that the impacts of a visual handicap go far beyond the person who suffers from it, will accompany Jacques in his rehabilitation process and will communicate with his family. In short, Jacques will have a good support system and will be able to regain a certain level of autonomy in his life, which, in turn, will have a positive impact on his morale. Support groups can also help him in his process and if, thanks to effective injections, his visual acuity improves, he will be in a win-win situation.

However, Jacques still has other concerns about his illness. He fears his children will develop similar conditions, especially one of his sons.

Age-related macular degeneration is aptly named: its prevalence increases with the age of patients. Almost one million Canadians – 300,000 in Quebec alone – suffer from AMD. Of these, 10 to 15 percent have the wet form, like Jacques. AMD is the leading cause of blindness in people over 65.

In addition to aging, other risk factors associated with the development of the disease include family history, ethnicity (whites are more affected), gender (women are more affected), atherosclerotic and vascular diseases, obesity and sun exposure (phototoxicity of retinal cells).

Smoking also plays an important role. Consuming 25 cigarettes a day doubles the risk of serious harm. Exposure to second-hand smoke is also harmful. Chemicals absorbed from exposure to smoke increase the absorption of harmful sunlight by the retina by 1,000 times.

For Jacques’ son, the risk of developing AMD is clear, but so are his options. He will not be able to change his genes, prevent himself from aging or change his ethnicity or his chromosomes. However, he can control modifiable factors: he can quit smoking, control his weight, and stay physically active.

Food can play a preventive role. It is important to reduce the fat intake in the diet and ensure adequate intake of omega-3 (forms of triglycerides, 800 mg DHA / EPA per day). However, adding vitamins formulated for eye health to the mix is â€‹â€‹not recommended for Jacques. Vitamins are only effective in treating dry AMD in its middle stages, not in preventing it. However, they are one of the few ways that Jacques can reduce the risk of having his other eye affected and losing all of his functional vision.

It is imperative for Jacques and his son to follow the doctor’s recommendations on the management of vascular problems (hypertension, cholesterol, diabetes). When poorly controlled, these conditions greatly increase the risk of developing wet AMD.

Remember that macular degeneration is above all a vascular disease: the blood vessels are no longer able to nourish the retinal cells and no longer get rid of their metabolic waste more efficiently. As a result, the cells die. New blood vessels develop, but they are fragile and, when they rupture, flood the retina with fluid.

Finally, father and son should protect themselves from the harmful rays of the sun, either with a transparent filter (UV400) in their usual eyeglasses, or by wearing good quality sunglasses when they are outside. Their eye care professionals can advise them on this.

Jacques’ morale is not at its peak, but I gave him hope that better days await him. He knows that he can count on a team of professionals to support him and that he will not be alone in the face of his condition. There is hope. And hope is the first thing that overcomes the impacts of any disease.

Langis Michaud, Full Professor. School of Optometry. Expertise in eye health and use of specialized contact lenses, University of Montreal

This article is republished from The Conversation under a Creative Commons license. Read the original article.