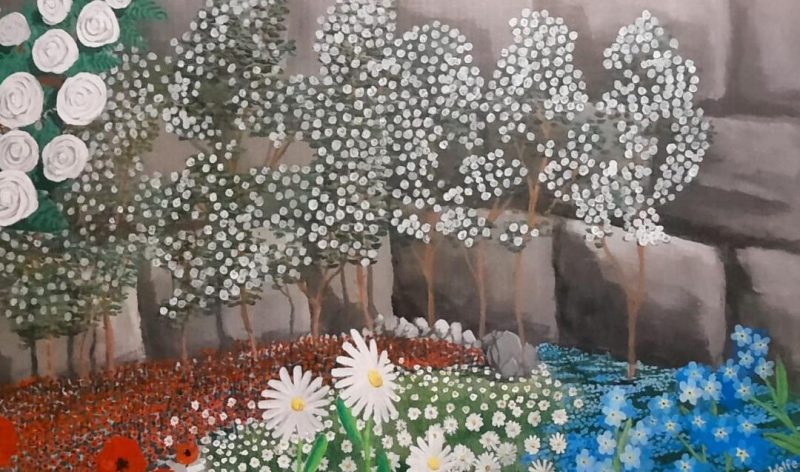 Art4Vets, which is sponsored by the American Legion, Zaloga Post in Albany, began in 2016 following the shutdown of some services at Stratton VA Albany Medical Center, where Penny Lee Deere, co-founder of Art4Vets and veteran of the army, and the other two founders of Art4Vets had been involved in therapy and other activities.

So Deere and the other founders decided to create Art4Vets as a way for veterans to come together to share and heal from their experiences in the military through the arts and creative expression, including painting, equine therapy , yoga, meditation and music.

“When I started music therapy, I heard a song and it just made me cry, so it broke the mould, erased all that trauma,” Deere said of why the band chose to focus on the arts. “I just wanted to share it with other veterans.”

One of the main challenges former combatants face after being released from military service is reintegration into civilian society.

“It was really hard to go from military to civilian life,” said Amy Bergstrom, who retired from the Navy 20 years ago and has been an Art4Vets member since 2020. “Most people who you come in contact with don’t know what it is. I love being in the military and it’s hard trying to relate to someone at that level.

According to Jim Dubinsky, associate professor at Virginia Tech and co-founder of the Veterans in Society Initiative at Virginia Tech, organizations like Art4Vets can help foster the community and identity of veterans who have lost these things after release.

“These activities allow you to explore your inner self and it’s a way to share it,” Dubinsky said. “It’s a safe place to talk about something you may have been through and felt and, because you’re in a community of other people who have had or can relate to those kinds of experiences, you feel feel safer doing this.”

And for this reason, this year’s show is called “Transformation and Reintegration”.

For Bergstrom and Deere, Art4Vets was life changing: Bergstrom was able to find contacts to get a service dog to help with his PTSD, and Deere rediscovered his daily motivation.

“I learned that I miss the fact that I used to push soldiers — now I still have a team that we work together to put something together every day,” Deere said. “It gives me a reason to get up in the morning.”

Art4Vets’ “Transformation and Reintegration” visual art exhibit will be open from Saturday, November 12 through Friday, December 16 during regular business hours at Schenectady’s CREATE Community Studios. A reception will also be held from 5 to 7 p.m. on Saturday.

More from The Daily Gazette: