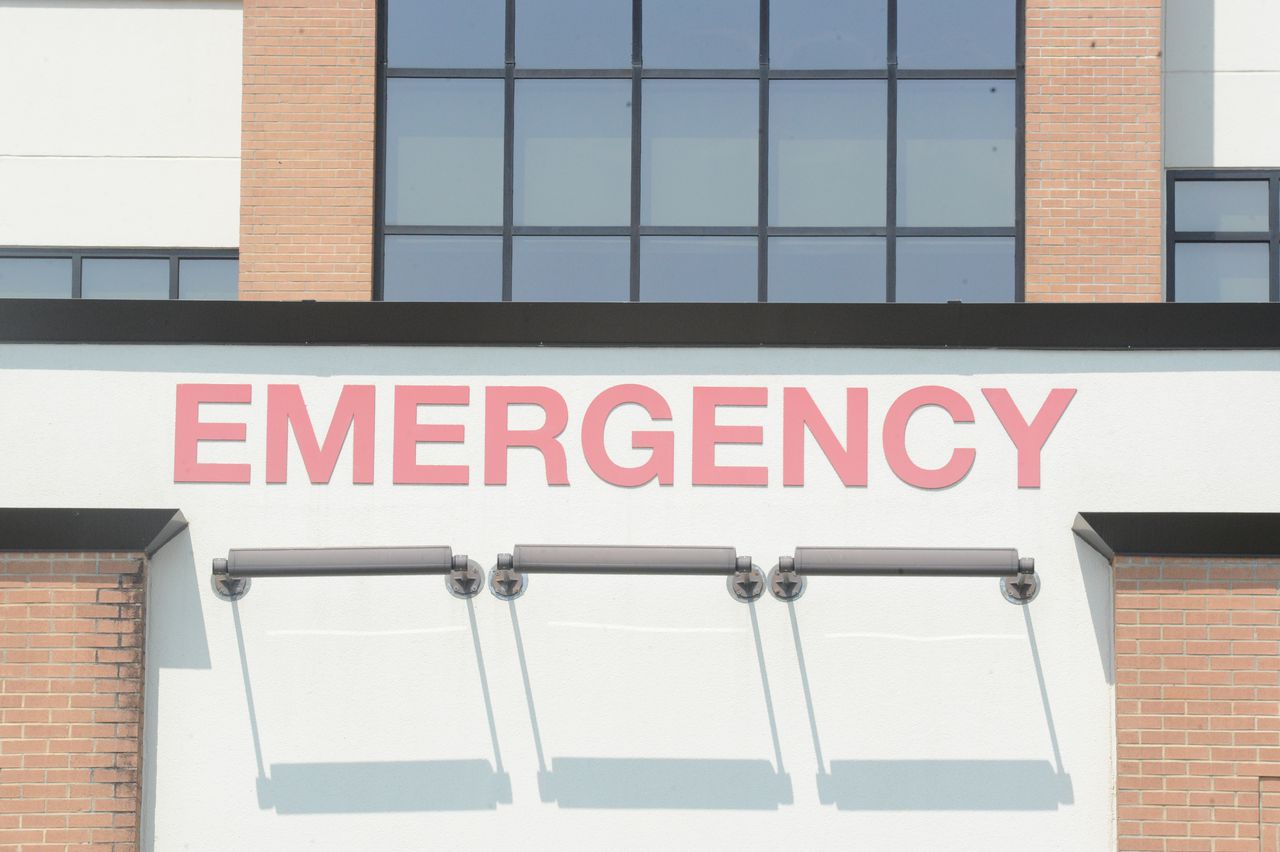 I was going to do the original title for it, “It’s not all heroes, is it?”

My intention was to start a conversation about the medical community. Because like many, I respect all the strata that make up the medical system. I do. I am not breastfeeding material. When it’s time for the steamer, I navigate, deal with emergencies as they arise, but there’s no reason to pretend that’s my strength. Not to mention that I can be a difficult person. Especially late.

And don’t take me the wrong way. I’ve learned over the years that every time you visit the emergency room, you’ll be grateful to see whoever lets you in. But it’s not like calling a customer service agent. You can’t just hang up and try again. When you walk into an emergency room, it’s like walking into a casino. You will stay there for a while, it’s a gamble and it can quickly get expensive.

So my husband has a hobby. We all have our hobbies. And one of his is throwing pennies and nickels in the air and shooting them with a .22 rifle. I guess he does it because he can, and always has, and tries to keep that skill sharp.

As a rule, he wears glasses – for safety, yes, and also because… he wore glasses. But he just had cataract surgery a few months ago on both of his eyes. He was checking to see if he could see well now that he no longer needed to wear glasses.

He sees very well. He can still strike. But something, maybe a shard of copper on the bullet casing since coins don’t decay, came back and hit him in the eye. And then there we were as the sun went down, ringing the doorbell at the back of J Paul Jones’ emergency room in Camden.

The person who entered the room and announced that they were the doctor never gave their name. But she was very nice and she was honest. She said she only had one eight-hour eye class, that she didn’t do the eyes. She said he didn’t want her to operate on his eye, but she could get him to someone who could. She prepared him for the operation by ordering three hours of intravenous antibiotics to prevent infection and had me driven to Birmingham.

As a general rule, I try to stay on I-65 in Birmingham around midnight. But no one dares question a person who claims to be a health professional. You can not. You will be ashamed. But for me, once he showed he could read the eye chart better than me, and the imaging showed there was nothing in the eye, and he wasn’t in pain not at all…I started verbally wondering how urgent the urgency was getting.

We arrived at Callahan Eye Clinic at midnight and within 45 minutes were back in the parking lot, relieved that the emergency had turned into a non-emergency. The wound was just a bruise. It was not a cut. Cataract surgery was not affected. It will fade on its on.

I walked into the driveway at 4:02 am and was a little annoyed. I was. I felt like the “doctor” at the first stop should have known better the extent of the emergency. I kept that attitude until I read the article about how the lack of doctors in black belt became a problem.

If he hadn’t been so lucky. If the injury had been worse. Yes. Then, within six hours of the incident, he had been guided to one of the best places in the state to deal with it, no matter how big.

To live as we do in such a rural Black Belt community, I don’t know what more we could ask for.

Amanda Walker is a columnist and contributor to AL.com, The Birmingham News, Selma Times Journal, Thomasville Times, West Alabama Watchman and Alabama Gazette. Contact her at [email protected] or at https://www.facebook.com/AmandaWalker.Columnist