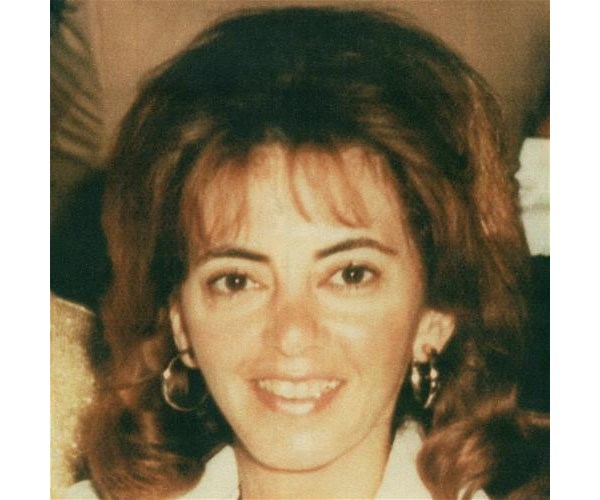 Alberta Nassif Rogers, “Bobbie”, lived life on his terms. Despite her physical challenges, she was fiercely independent, tough and intelligent. Even when doctors predicted that she would not live past her fifties, she stubbornly refused to accept the fate, living another 30 years traveling, working and enjoying her family.

Bobbie was born Alberta May Nassif on August 1, 1938, the first of ten children of Albert G. Nassif and Maheba Nussrallah Nassif. Being the apple of his eye, Bobbie was named after his father, Albert. She passed away on Christmas Day on December 25, 2021, at the age of 83.

Throughout her life, she remained extremely close and best friend of her sister, Mary Batenhorst. Regardless of where they lived and how many kilometers apart, they talked and visited often.

Alberta was the first member of the Nassif clan to attend Immaculate Conception Elementary School and graduated in 1952; then Mt. Mercy Academy high school graduated in 1956. Alberta then attended Mt. Mercy Junior College and, after graduating in 1958, transferred to the University of Iowa.

At the University of Iowa, Alberta, she majored in business, preparing her for several exciting career opportunities. She moved from Iowa to Denver where she took on her first office job, learned to ski and proved she could survive on her own. She had a flirtatious manner, a witty sense of humor, a great sense of style, and a knack for being noticed by men when entering a room. She was also beautiful, easy to talk to, and loved to laugh and have fun.

In 1965, Alberta married William “Bill” Rogers, a man she found adventurous and exciting. Bill taught him how to hunt bears, fly a glider and fish in the wilderness of Alaska. Her job took them to Kansas City where she became the personal secretary and administrative assistant to the governor of Kansas. She loved the challenge of this position, especially the excitement of dealing with lawmakers and criminals she selected for meetings with the governor.

In Kansas, Bobbie had her first contact with death, as a tornado ravaged her apartment as she sat blissfully unconscious under a noisy hairdryer.

Their next move was to Omaha, Nebraska, where she took a job at a stock brokerage firm. She learned to read financial reports, analyze stocks and trade stocks. Although she never became a broker, it was exhilarating dealing with high end clients and investing her own money profitably.

After moving one last time to Phoenix, she and Bill went their separate ways. And, Bobbie found a new love, Thor, her Alaskan Husky, a huge and playful dog who weighed 20 pounds on her. She loved Phoenix and stayed there until the day she died. It was there that Bobbie pursued his career throughout his life as a legal secretary and then a paralegal. She was a fast student, worked hard, was extremely professional and intelligent, and had job offers from a number of prestigious law firms. His boss has often said that Bobbie knows as much about the law as he does and that he could easily have taken his place in court.

Alberta was 35 when she contracted a spinal disease that left her paralyzed. It was only through her fierce determination and hard work in rehab that she learned to walk again. But despite her hard work, the disease took its toll and Alberta remained disabled and in pain for the rest of her life.

Most people would have given up their independence to live with their families or, later, to live comfortably in an assisted living facility. Not Bobbie. She insisted on staying in Phoenix and living on her own. Her resolve has not changed despite the fact that she later contracted (and conquered) breast cancer and survived a serious car crash that should have killed her. In fact, she died on the operating table to be resuscitated. She went through months of rehabilitation again. His will to live was remarkable.

Despite all of these hardships, Alberta continued to work as a paralegal until her sixties. She avoided canes, walkers and wheelchairs for as long as she could despite the pain. She loved to drive “hot cars”, especially her beloved Firebird. She had a fondness for languages â€‹â€‹and took French and Arabic lessons for fun. She has traveled the world, sometimes with her family and friends, and sometimes alone. She was active in fundraising efforts for cancer survivors and took yoga classes for fitness and swam daily. She was also proud to be a Eucharistic minister for several years.

Bobbie was also â€œthe customerâ€ who often bought festive glam, crazy t-shirts for nieces and nephews or sexy lingerie for her siblings. She was also the “fun” Aunt Bobbie who conspired with the nieces over that belly button piercing or that bleached blonde hairstyle that their mothers refused to give them.

She enjoyed going out to eat, see shows and play in Vegas and entertain the family who came to visit her. She was an avid reader and kept abreast of the news. She often sent newspaper articles to each of her siblings that she thought interested them. Above all, Bobbie was proud of her independence and her beauty, always.

The family would like to extend special thanks to Christine and Dave Cross, extended family members, for their compassion, vigilance and loving care towards Alberta in its final hours. The family is extremely grateful to them and is indebted to them for their generosity and kindness.

A family mass will be held at Immaculate Conception Church, followed by a private burial at St. George’s Cemetery in Cedar Rapids, IA. Later in the spring there will be a Celebration of Life in memory of Alberta May Rogers. We hope you come. Memorial gifts for Alberta can be made at Immaculate Conception Church, 857 Third Ave, SE, Cedar Rapids, IA, or at the Hall-Perrine Cancer Center of Mercy Hospital, https: //www.mercycare. org / giving / cancer /.