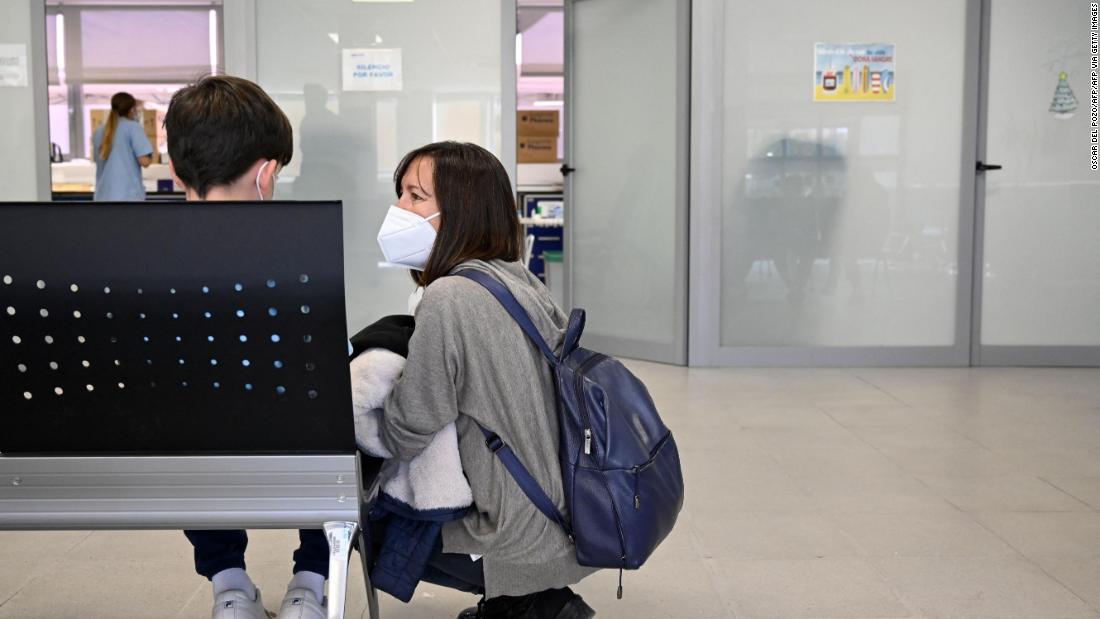 After the Omicron wave, here’s what experts say could come next in 2022

But infectious disease experts say there may be an end in sight. May be.

Well, let’s say that’s not outside the realm of possibility for 2022.

“I think if we do it right, we’re going to have a 2022 in which Covid doesn’t dominate our lives so much,” said Dr Tom Frieden, who was director of the US Centers for Disease Control and Prevention under the president. Obama and is now CEO and President of Resolve to Save Lives.

What the next part of the pandemic will look like and when it happens is what Dr. Yvonne Maldonado, an epidemiologist and infectious disease specialist at Stanford Medicine, and experts from federal agencies, university colleagues and local health officials public health have spent the holidays trying to determine.

There was a general consensus among experts on what will happen next: “We really don’t know exactly,” Maldonado said.

There are disease patterns and lessons learned from past pandemics, but how the highly infectious variant of Omicron emerged has made scientists’ proverbial crystal ball a little fuzzy.

“None of us really anticipated Omicron,” Maldonado said. “Well, there were hints, but we didn’t expect it to turn out exactly the way it did.”

Omicron has done a lot. More than a quarter of the total number of pandemic Covid-19 cases in the United States were reported in the past month during the Omicron surge, according to data from Johns Hopkins University.

Cases fell at least 10% from a week ago in 14 states on Thursday, but 26 states saw cases rise by at least 10%, according to data from Johns Hopkins.

The surge seems to have peaked in some areas where the Omicron variant first hit in the US, such as Boston and New York. But it’s still raging out of control in other parts of the country.

In Georgia, for example, medical officials in the Atlanta metro area said hospitals remained overwhelmed. With so many sick personnel, the National Guard is now filling the health care gaps in states like Minnesota. Louisiana Governor John Bel Edwards says the ‘enormous’ number of Covid-19 cases, hospitalizations and deaths has resulted in ‘as many as we’ve ever had in the state of Louisiana’ .

Infectious disease experts, however, see hope in what happened in South Africa.

“South Africa is kind of our canary in the coal mine because they were able to pick up the Omicron variant first,” Maldonado said.

South African scientists first spotted the variant in November. Cases there peaked and fell rapidly. They did the same in the UK. And that’s what experts think will happen everywhere.

“I anticipate that in the short term – that is the next six weeks, four to six weeks – it will still be quite difficult,” said Dr John Swartzberg, infectious disease and vaccinology expert and clinical professor. Emeritus at University of California, Berkeley School of Public Health. “It will be around mid-February when we start to really see things improving.”

If that peak dies out quickly, many experts believe, there could be a “quiet period.”

Swartzberg thinks March through spring or summer will be like last year, with a continued decline in the number of cases. “There will be a sense of optimism, and then we can do more things in our lives,” Swartzberg said. “I think May or June will really get us. I’m pretty optimistic.”

Part of his optimism stems from the fact that there will be a much larger immune population, between the growing number of vaccinated and boosted people, and those who caught Covid-19 during Omicron’s surge.

“Generally speaking, the level of immunity in our population is going to be much higher than it was during the Omicron pandemic, and that’s going to help us not only with Omicron and Delta, if they are still circulating, but it’s also going to help us with any new variants,” Swartzberg said. “To what extent will depend on the availability of drugs to intervene.”

That’s because the coronavirus will probably never go away completely.

“I expect another version of the virus to come back,” Maldonado said. “It’s the scenarios that really bring uncertainty about what’s next.”

Have you ever read these?

Over 333,000 pacifiers recalled due to choking hazard

Alex Murdaugh charged with 23 other crimes

The next variant could be just as or even more transmissible than Omicron. It could give people more severe symptoms – or no symptoms at all.

“What’s next is not at all clear,” said Dr. George Rutherford, an epidemiologist at the University of California, San Francisco. He said the virus could mutate gradually, like what happened with the Alpha and Beta variants. Or it could take a very big leap, like with Delta and Omicron. “What’s next? It’s a dice game.”

The H1N1 flu virus, for example, was a new virus when it sparked one of the worst pandemics in history in 1918 – it infected a third of the world’s population and killed 50 million.

That pandemic eventually ended, but the virus is still with us today.

“It was the great-great-grandparent of all the H1N1 viruses that we see every year,” Maldonado said. “They’ve had many mutations since then, but it’s the same strain. So it’s possible this virus is doing the same thing.”

The United States still loses an average of about 35,000 people a year to the flu, according to the CDC. “And we go on with our lives,” Swartzberg said. “I don’t think he’ll ever go back to exactly what he was.”

With this flu-like scenario, the world needs to focus on protecting people who are vulnerable to serious illness, making sure they get vaccinated and have access to monoclonal antibodies and antivirals, Maldonado said. Vaccine companies should make variant-specific vaccines so people can get vaccinated against Covid-19 every year. The country also needs to improve testing.

“Oral drugs and monoclonals are only good if you know you’re Covid positive,” Swartzberg said.

Intermediate scenarios would be if there weren’t enough antivirals or monoclonals to treat people who got sick, or if vaccine makers couldn’t make variant-specific vaccines fast enough.

The worst case scenario is that a variant escapes the protection of vaccines and treatments.

Dr. Anthony Fauci, director of the National Institute of Allergy and Infectious Diseases, said he hopes that scenario doesn’t happen. “I can’t give you statistics on the chances of that happening, but we have to prepare for it.

“Choose your own adventure” out of the pandemic

The United States already has the tools to limit new variants and quickly end the pandemic, says Dr. Panagis Galiatsatos.

“I don’t think we need more scientific advances, we know how to stop severe Covid: vaccines”, said Galiatsatos, assistant professor of medicine and an expert in pulmonary and critical care medicine at Johns Hopkins Medicine.

Galiatsatos holds hundreds of talks each year with community groups to encourage more people to get vaccinated. He thinks that scientists will have to continue this awareness.

“We have the weapons to turn Covid into nothing but a bad cold,” Galiatsatos said. “We have the science. All people will need is access to interventions, and we need to regain trust.”

According to the CDC, only about a quarter of the US population is fully vaccinated and boosted. The more people who are unvaccinated, the more they end up in the hospital. The more cases there are, the more opportunities there are for dangerous new variants.

“That’s why it’s like a ‘Choose Your Own Adventure,'” Galiatsatos said. “And I choose the type that puts us in a better frame of mind to reach people and get more people vaccinated and be able to end this pandemic and learn to adapt to this.”

LVPEI and Bajaj Group will create a retina care center