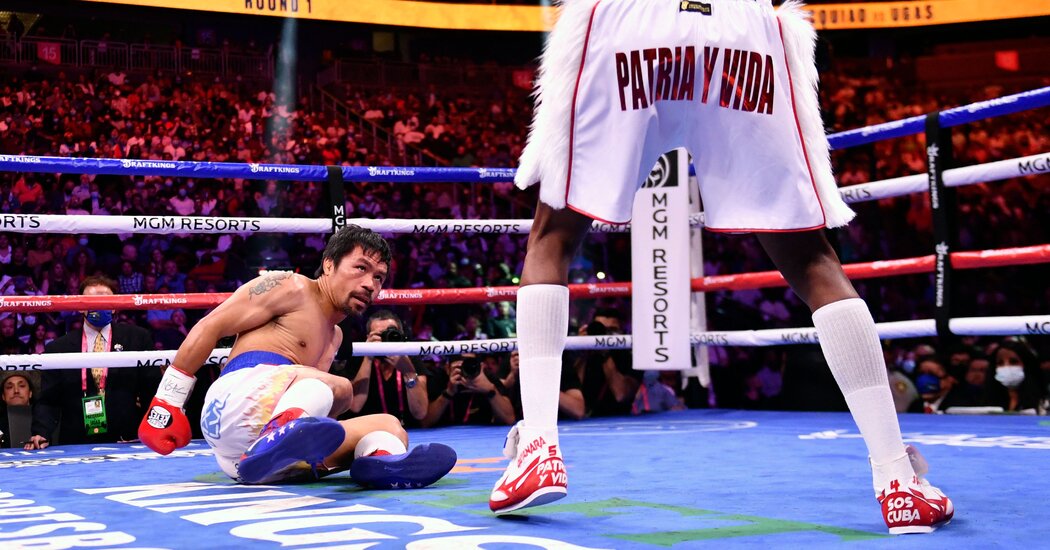 After the loss, Manny Pacquiao must think about his future

Early in the fight, Pacquiao displayed top speed with his hands and feet, diving into the range of punches, unloading combinations and rushing out of harm’s way. But Ugas boxed like a pitcher who changed speed and arm angle to keep hitters off balance. As the rounds progressed, Ugas increasingly set the tempo with his left jab, bouncing it off Pacquiao’s forehead and stabbing him to the body. Often times, he combined these blows with his right hand – straight blows to Pacquiao’s face, round blows to the temple, and heavy blows to the stomach.

With ten seconds left of the 11th round, Pacquiao stepped up and cocked his left hand, and within the fraction of a second before he could throw his punch, Ugas landed a roundhouse just to the side of the head. The passage summed up Ugas’s plan, controlling distance and tempo with his length and precise punches.

These numbers illustrate Ugas’s effectiveness and highlight Pacquiao’s difficulty in avoiding punches and landing his own. For Roach, statistics point to problems for Pacquiao’s future as an elite boxer.

â€œI’m a little worried about that, yeah,â€ Roach said at the press conference. “I would hate to see that day when he retires, but that could be it.”

Eyes and teeth are windows to your overall health