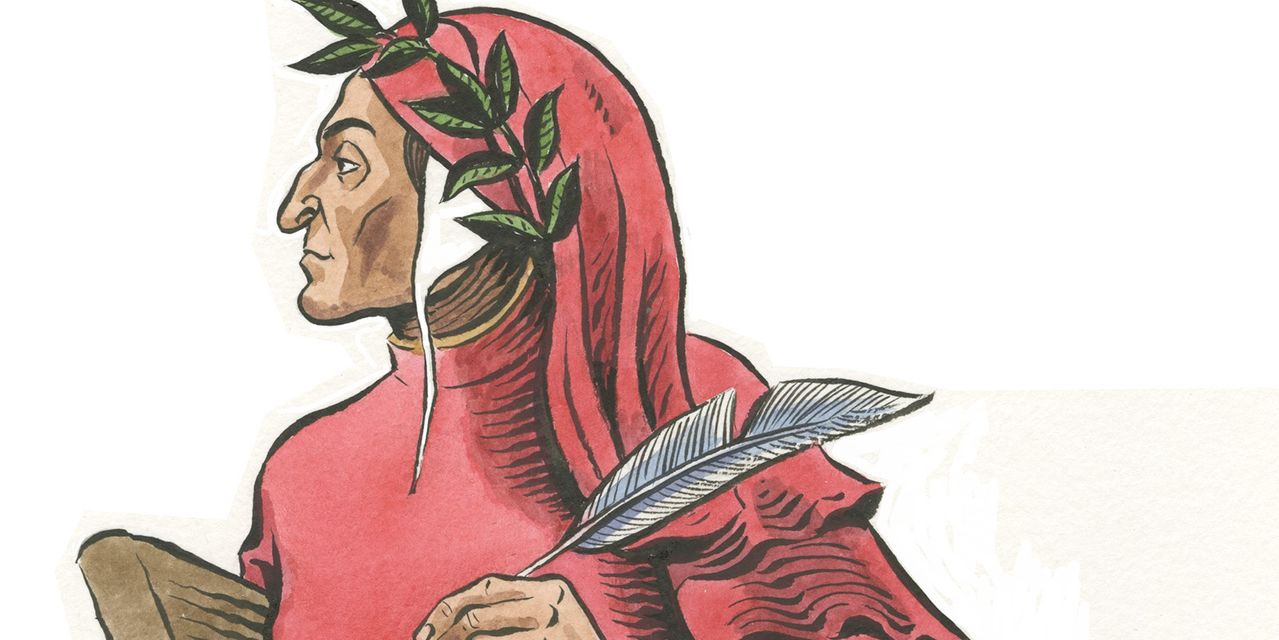 A journey through hell, purgatory and heaven for the living

TS Eliot said: “Dante and Shakespeare share the world. There are no third parties. Hamlet speaks of the afterlife as “the unknown land from which no traveler returns”. Dante Alighieri (1265-1321) tried to trace the borders of this country for us in his “Divine Comedy”.

Born in the conflicted city-state of Florence, Dante experienced war and exile. Banished in 1302, he never returned to his hometown.

But are not all men and women in exile? We feel that we do not belong to this troubled and fallen transitory world. That’s why “The Divine Comedy” is such a classic that generations return to again and again. It offers the hope of exile. Dante believes we hold passports to another home beyond the fragmented world of time. His poem is a comedy, not a tragedy, because man is eternal and capable of transcendence.

Primarily a poem, not a philosophical system or theological treatise, “The Divine Comedy” is an emotional movement of the human spirit yearning for God. Comprised of three books – “Inferno”, “Purgatorio” and “Paradiso” – it is based on a dream Dante had during Holy Week 1300 in which he took a journey from hell to paradise.

Each book of “The Divine Comedy” is written in Italian, in a new poetic stanza invented by Dante called terza rima. Dante saw poetry as the highest form of knowledge, engaging the whole intellectual and emotional being of man.

“Inferno” begins with the famous phrase: “Halfway through our life’s journey, I found myself in a dark wood where the true path was lost. But Dante is saved by an act of grace. His lifelong love and muse, Beatrice, now in Heaven, intervenes by sending the Roman poet Virgil, a resident of Limbo, to guide Dante on the straight path of virtue and repentance. Their journey through Hell and Purgatory constitutes the main action of the “Comedy”.

Many readers enjoy reading the sinister “Inferno” because of the multitude of grotesque sinners doomed in it. Dante’s technique has a modern cinematic quality, shifting from darkness to light.

We see through Dante’s camera-like eye. “Inferno” focuses on unrepentant sinners afflicted in various scenes of punishment. The violent burn, while others swim in boiling blood. We see the false flatterers of Earth, condemned in Hell to eat their own excrement. The punishment of each sinner corresponds to the uncorrected sins during his life. The lens then focuses on Satan, the center of Hell, “the Emperor of the Sorrowful Realm”.

Among the damned are classic characters. We meet Odysseus, tyrants, corrupt politicians, and people Dante knew. The poet did not spare the Roman Catholic hierarchy, because we find three damned popes: Nicolas III, Boniface VIII and Celestine V.

Dante plays with shifting images of darkness and light. He said he woke up from his Easter dream overwhelmed by a deep mystery of light. The underworld is darkness, without hope. But as Dante and Virgil leave Hell, the smoke clears. The clouds are clearing off.

By entering Purgatory, poetry also becomes more luminous, more lyrical. It is a “dewy dawn”; the planet Venus appears. After leading us through Hell, Dante soothes our pain with a comforting line that, in difficult times, often comes to mind: “To sail better waters, winches sail now on my little boat spirit, leaving behind such a cruel sea. ”

Purgatory is a place of hope. Here repentant sinners, having glimpsed the grace of God, realize that all their earthly desires have been misdirected. Although they suffer, they do so with joy because they know their sins are being purged in a move toward love. Dante stops to speak with the great troubadour poet Arnaut Daniel, who “weeps and sings”. He has little time for Dante, as he is euphoric, in fact burning with love, and eagerly sinks back into the purifying flames. Eliot uses this line in “The Waste Land” – “Poi s’ascose nel foco che gli affina.” (“Then he hid himself in the fire which refined him.”)

Virgil disappears after the journey through the “Purgatorio” and Beatrice arrives to complete Dante’s journey to the Empyrean. Beatrice represents the redemptive quality of woman and how earthly love can lead to the divine.

In “Paradiso”, the panorama is all in light and perfectly ordered. Here, every soul is at home, perfectly happy in the heavenly hierarchy. Dante rejoices in ecstasy:

Now my will and my desire were turned,

by the love that moves the sun and the other stars.

Dante’s poem written in the pain of exile speaks to our dilemma as creatures between time and eternity. Its Christian epic continues to be a cornerstone of the West, greater than the cathedrals of the Middle Ages.

Unlike stone, a poem is alive. His “Divine Comedy” breathes like a sort of Third Testament transforming man into the eternal.

-M. Walsh is a writer of