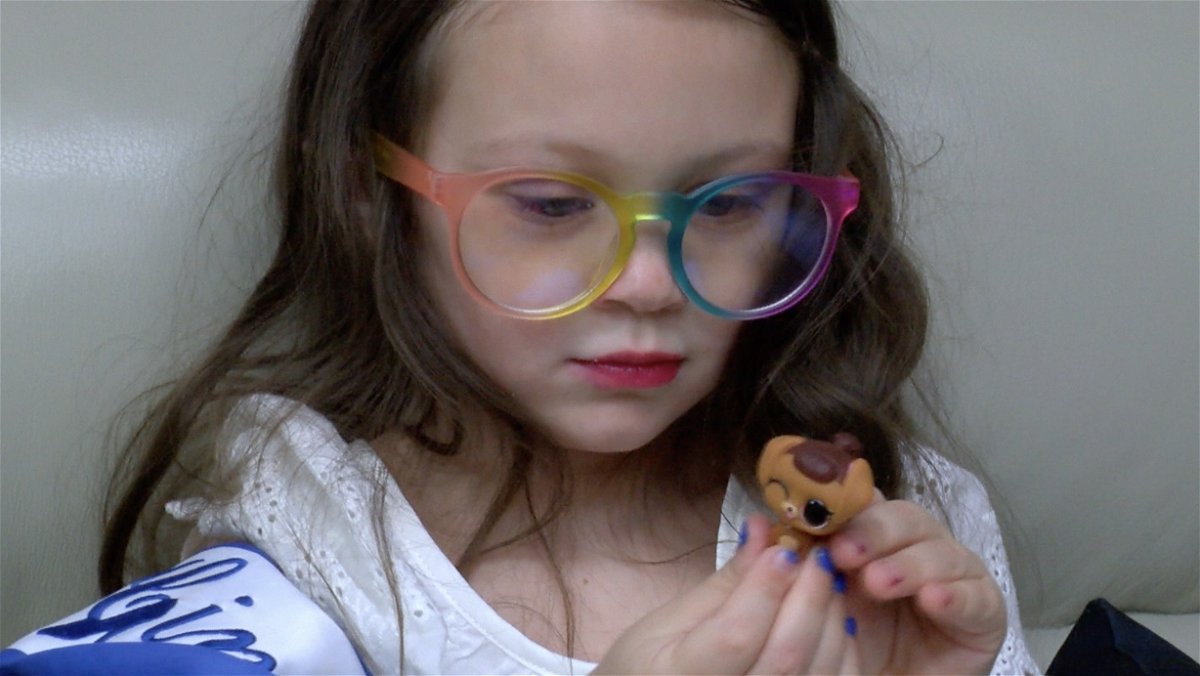 A 4-year-old child with a rare eye disease

YUMA, Ariz. (KYMA, KECY) — Andromeda Montoya has been to and from the doctor since she was a baby due to her vision loss, and her family is doing everything they can to extend her time with her sight.

Family members noticed her early on bumping into furniture or holding things very close to her face.

After failing her eye exam, she got an eye prescription.

At 16 months, Andromeda received glasses and her parents learned about her rare eye disease.

Her specialist in Phoenix brought hope to the family by trying to slightly correct her vision with several eye surgeries.

“As parents, we were kind of put on the spot where we didn’t want to put her through this, but what choice did we have,” Montoya said. “Just sit down and let her go blind or at least try?”

Due to her condition, her parents want to provide her with many fun experiences and have entered her into the Arizona Cinderella Pageant in Yuma County.

The little bundle of sunshine stole everyone’s hearts and won the crown from Cinderella Tot of Yuma County in 2022.

“We just wanted to give her the best we could, we wanted her to experience everything,” Montoya said. “She’s always been a performer, she’s always had a personality in her.”

Montoya remembers when it all started after his sister asked if Andromeda was blind after babysitting her.

“She told me, she was like, ‘I’m telling you she’s blind. She can’t see. She’s holding things really close to her face and she feels like she’s tripping over tables and I don’t don’t think she can see. I dropped her off at a friend’s to babysit and my friend told me the same thing, that she can’t see,” Montoya said.

It hasn’t been easy for Andromeda and her family, but her mother says they would do it again if they had to.

Now, at four years old, Andromeda has a negative prescription of 14 and 15.

Although Andromeda’s vision affects her on a daily basis, she enjoys giving back to the community and volunteering at Crossroads Mission with her family.

She says she can’t wait to start school and wants to play sports like soccer and gymnastics.

Current advances in wet AMD are not enough