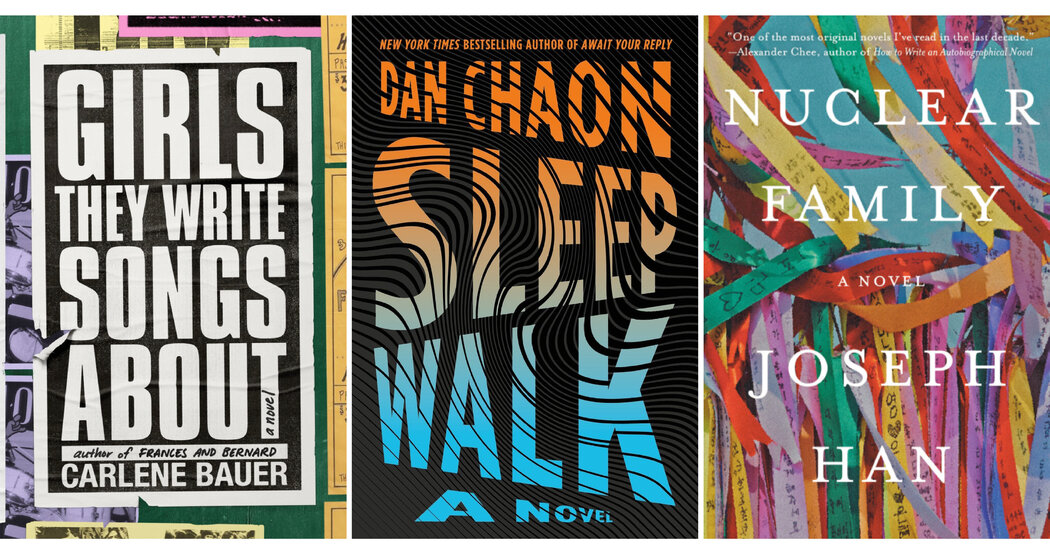 10 new books we recommend this week

THE DESPERATE HOURS: A hospital’s fight to save a city on the front lines of the pandemic, by Mary Brenner. (Flatiron, $29.99.) Brenner celebrates the heroism of healthcare workers at NewYork-Presbyterian during the early days of Covid, when the mysterious outbreak claimed the lives of more than 30,000 New Yorkers. In his review, Sandeep Jauhar writes, “Brenner does an admirable job of showing how workers in a major healthcare system have persevered in unique circumstances over a century, even at great personal and professional cost.”

LAPVONE, by Ottessa Moshfegh. (Penguin Press, $27.) Set in a fictional stronghold somewhere in medieval Europe, Moshfegh’s fifth novel follows a disfigured village boy who, through a sequence of grotesque and amoral events, manages to become the lord’s son and heir. “Ottessa Moshfegh has, over the course of four previous novels and a collection of short stories, emerged as a singular American writer,” Hari Kunzru writes in her review. “Her voice, laconic, creepy, with a hint of cruelty, is always entertaining, and in the medieval setting of Lapvona she is able to satisfy her interest in the grotesque.”

INK CORRECTIONS: a memoir, by Keri Blakinger. (St. Maarten, $28.99.) In her brave and brutal memoir, Blakinger looks back on her journey from Cornell student and competitive figure skater to drug addict and prison inmate. A story of survival and recovery, it’s also the story of what happened next — and what drove Blakinger to become a journalist covering the criminal justice system. “Blakinger’s beautiful book offers promise to those suffering from addiction, eating disorders, depression or other manifestations of psychic pain, and to those serving their sentence,” David Sheff writes in his review. “However, ‘Corrections in Ink’ doesn’t stop at recovery.”

NUCLEAR FAMILY, by Joseph Han. (Counterpoint, $26.) Han’s debut novel, about a Korean American possessed by the ghost of an ancestor, is a funny and moving examination of family and the question of how to recover from disaster. When Jacob Cho attempts to cross the DMZ into North Korea, he triggers a multi-continental, multi-generational meltdown that fractures his family and their restaurant dynasty. By following the Cho family’s response to this existential catastrophe, the novel explores broader issues of generational trauma, the American dream, and the consequences of conquest. “You would have to visit Cirque du Soleil to see someone juggle as much as Han with such natural dexterity and tenderness,” writes Mateo Askaripour in his review. “‘Nuclear Family’ illustrates that if we are lucky, on the other side of calamity is family.”

Follow the New York Times books on Facebook, Twitter and instagramregister for our newsletter Where our literary calendar. And listen to us on the book review podcast.

What are poppers? – Cleveland Clinic