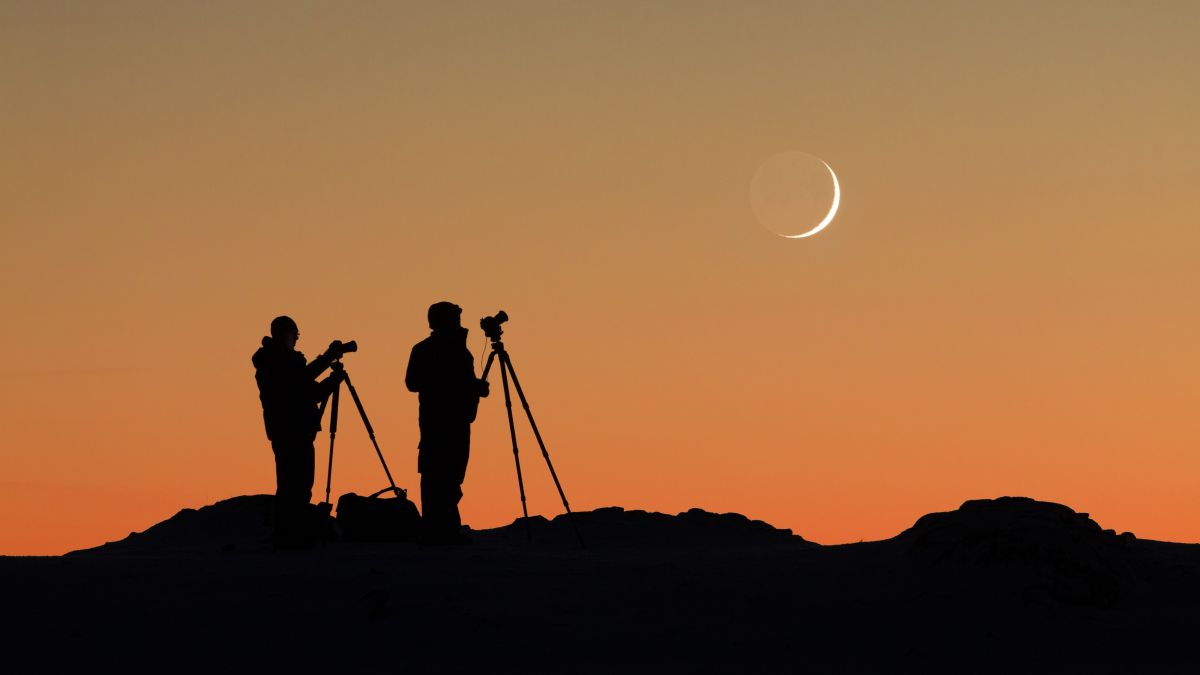 The art of astrophotography is an activity that requires real precision. Not only do astrophotographers need to be well prepared – because the discipline requires a lot of specialized equipment – they also need a lot of patience, as they often have to wait for ideal shooting conditions. The best in the field are able to capture the night sky with a sense of wonder while providing a scientific representation of their subjects.

While you might want to take your own astronomical and night sky photos, for some, the satisfaction comes from seeing the incredible work that others are doing. To that end, we’ve rounded up the most inspiring astrophotography accounts on Instagram and listed them below. Just check and follow them to get brilliant astro work right in your feed.

Bouchama was a finalist in the 2021 Astronomy Photographer of the Year competition, organized by the Royal Museums Greenwich. Her image, “The sun sharing its crown with a comet”, is shown below and was shot in RÃ­o Negro, Argentina. Bouchama managed to create an image that was both dramatic and detailed, highlighting the delicate lines of the comet. He is able to show us what a wide range of events a solar eclipse can offer the eye and how paying attention to small touches can take an image from something ordinary to something wonderful. He has a great eye for creating symmetrical images of the night sky, which almost seem otherworldly in their portrayal.

Sean Parker is a professional photographer and time-lapse photographer based in Tucson, Arizona. His work has been published by the New York Times and the Smithsonian in Washington. Parker was working as a computer technician, which gives him an additional understanding of electronics. His use of single exposure photography to photograph the night sky gives his work extra impact. He is happy to spend many hours alone in the desert, waiting for the perfect moment to take his picture.

Unnikrishnan is an Indian deep space photographer who captures both the majesty of the night sky and the beauty of the landscapes. It was while seeing the Milky Way from his garden that he fell in love with astrophotography. He started his journey using a digital SLR, but now works with many big global brands including Sony and Manfrotto. He photographs a range of deep sky objects, from nebulae to galaxies, taking a sort of ethereal approach to astrophotography.

Dietrich is a professional German landscape photographer who puts his love of landscapes at the forefront of his astrophotography. His shots are always dramatic and he is able to exude a real sense of infinity in his photos. Dietrich also works closely with Adobe and has thematic Lightroom presets available for purchase, if you’re looking to emulate his style. He is able to place buildings very well alongside the night skies he photographs, contextualizing their place in this vast universe. His travel photography to places like Europe and Australia also shows his mastery of astrophotography.

An American night sky photographer, Pinkston first began using astrophotography to capture the Milky Way from the Grand Canyon. He uses his photography as a way to capture the different colors of the system and frequently uses low level lighting to get his images.

Lee is a US-based night sky photographer who sells her photos in NFT form and has a real eye for dramatic composition. She is able to bring a real sense of wonder to all her subjects and particularly enjoys photographing the Milky Way in all its glory. In such a male-dominated field, Lee has carved out a niche for herself as a female astrophotographer. Read our article on Women in Astrophotography to discover more female artists working in this discipline.

Matherne is a planetologist specializing in shooting phenomena such as the horse’s head and the flame nebula. He is currently based at Louisiana State University and was shortlisted for Astronomy Photographer of the Year in 2018 and 2019. His work is of striking quality, offering drama, majesty and a sense of scale. He also understands the right composition and framing of his shots.

Based in Washington State, Pacific Northwest, United States, Powers is a photographer who grew up in Northern California and enjoys spending time outdoors. For him, photography and astrophotography is telling a story with bold images. It’s also about getting the audience to ask important questions about what’s going on in their plans.

Vindas is a Costa Rican photographer currently based in Lima, Peru. His work is designed to showcase the beautiful symmetry of nature, whether in landscapes or in the night sky. He also strives to give us a slightly different take on his subjects by showing us how the heavens provide a visual counterpoint to the lands around them. His photographs of the night sky are full of mystery and enigma while remaining appealing to the eyes. There is real tranquility and peace in his photography

Winner of the Astronomical Photographer of the Year award from the Royal Museums of Greenwich, Dong, like all good astronomical photographers, knows that capturing a good image is about timing. He is a photographer capable of capturing the majesty of an event such as a solar eclipse but also capable of offering an image different from the one we are used to seeing. Their Instagram account is quite small at the moment, with just six images – but we can probably expect a lot more from this amazing photographer.